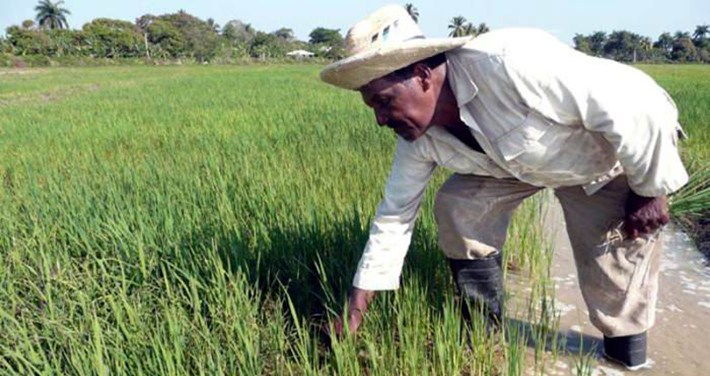 HAVANA TIMES – At a recent board meeting of governing bodies from every Cuban province, the important subject of rice supply was discussed. (1)

What was said at the meeting

A news report describes what was discussed in this regard as follows:

“Talking about the evolution and sustainability of the rice program, the head of the sector, Gustavo Rodriguez Rollero, indicated that 14 companies from 13 provinces in the country take part, as well as the special municipality of Isla de la Juventud, and brings together 22,218 producers, 20,472 of whom belong to the cooperative and farming sector.

The Rice Program, closely linked to food for the population and replacing imports, shows steady growth in recent years, even when different infrastructures still need to be repaired and updated.

The Ministry of Agriculture explained that investments have essentially been made in agricultural machinery, implements, the drying and milling industry, and transport. Upgrading works are currently underway at 11 paddy dryers; 9 benefits, classification and seed treatment plants; 17 80-ton scales for weighing; and 14 storage centers for rice hulls with 38 silos.

1,720,700 tons of rice meant for popular consumption has been produced between 2012 and last year, which according to global market prices for rice approved by the Rice Development Project, represents over 849 million USD and means that the country has saved over 242 million USD in the last 7 years.

These statistics go far beyond the undeniable contribution to replacing imports and the country’s economic development as they also have an impact on families’ everyday lives and support much-needed national food production, where the most is made of our potential.”

Before commenting on the subject, it’s worth explaining that figures on national rice production can be expressed with indicators that aren’t the same (although this isn’t normally clarified in official statements made on the subject).

Statistics from reports and annual reports by Cuba’s Office of Statistics and Information (ONEI) uses the “paddy rice” performance indicator, but sometimes (like in the case of the aforementioned meeting) the production figure is expressed as rice ready for consumption, which is a dry product without the hull.

Contrary to what was said at the meeting, the Rice Program does not “show steady growth in recent years”, something which we can clearly see in the following graph.

The average annual growth rate of national rice production between 2010 and 2018 was 0.18%, that is to say, that in the long-run, there was a standstill in production.

To tell you the truth, production has oscillated in such a way (negatively in more recent times) that it cannot in any way be shown as sustained growth.

In fact, recent news reports indicate that the estimated level of production in 2019 will be less than what it was in 2018, quoting “setbacks in different moments with [shortages of] fertilizers, other chemical products and, more recently, fuel.” (3)

In some regions, such as Sancti Spiritus, there has also been poor water availability for rice production. (4)

Imports (which close the wide gap between national production and total consumption) has also oscillated, although towards growth more generally, since 2013.

Recent instability in supplies reflect the way two factors have come together: a tendency towards a “undulating” reduction in the total area of rice cultivation and a tendency of decreasing yields ever since 2015.

With less land for sowing and lower yields, trying to project the image that we have a successful Rice Program is a risky business.

Perhaps the most interesting moment in the meeting came when estimates for national rice production in the medium-term (up until 2023) and in the longer-term (2030), were discussed.

However, herein lies a problem. As we have mentioned before, the average annual growth rate of national rice production between 2010 and 2018 was 0.18%.

The chances that these average annual growth rates are met are very slim, at least if we follow the principle of “Nature makes no leap”.

Contrary to what was stated at the meeting, the Rice Program has not “grown sustainably in recent years”:

Estimates for national rice production in the medium-term (up until 2023) and in the longer-term (2030), seem to have very slim chances of materializing:

A Little Train Ride in Havana – Photo of the Day