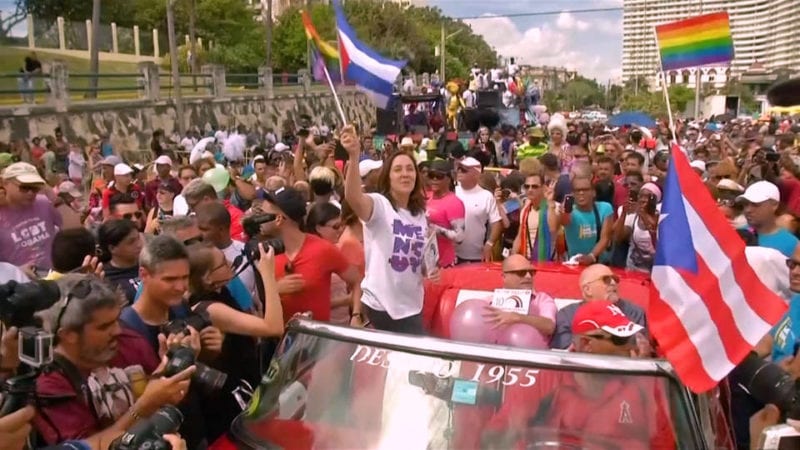 HAVANA TIMES – The LGBTQI community has insisted on joining an archaic institution which they were never really excluded from, to be honest. They have preferred to do this instead of being the avant-garde of the struggle for a real freedom to love, thereby falling into a trap which is very similar to imitation, anti-social behavoir or worse yet, a display of the group’s insecurity and low self-esteem.

Was the LGBTQI community really excluded from the institution of Marriage? Not at all, we all have the same right and the same limitations within the legal framework which was understood (and which most people still understand) to be Marriage.

Like every other right, our right to marry is mediated by social consensus and depends on what the majority of society conceives it to be. For example, property rights in Victorian England aren’t the same as they are in Sioux culture; both of these societies have a different consensus about this right and it’s what the majority think that defines it.

Today, nobody is denied the right to marry, whether they are a LGBTIQ person or not. Have they not wanted to exercise this right in the manner it has been established? Great for them. Do they want to change the law and adapt it to a social minority’s understanding at a grassroots level because this doesn’t affect the majority? I think that’s great and they should be demanding this. Does the law need changing because it’s unfair and discriminatory? No, it isn’t unfair nor is it discriminatory. It’s just what it is and it needs to be changed if there is a social consensus. Is there consensus?

Now, I wonder: does the LGBTQI community agree with keeping the ban that exists on polygamous, incestuous or zoophilic marriages? I hope they do because this would be very hypocritical on their part. If the LGBTQI community is rejecting the traditional conceptualization of Marriage as the legal union between a man and woman, what would their argument be to not go one step further and approve of all consensual unions that don’t harm either party involved or the rest of society? What grounds would they have to argue against this? Freud would be very happy.

The activist focus that the LGBTQI community has adopted on this subject bothers me. I am bothered by the fact that they are making the inexistence of a right into a rejection of this same right. What many of the LGBTQI community want is a new law to be created, not for a discriminatory situation to be restored, let’s make that perfectly clear.

Today, everyone can join the institution of Marriage, regardless of their sexual orientation, as long as they meet the regulations that society has established. Therefore, discrimination doesn’t exist, it only exists when a LGBTQI person is told they can’t work somewhere or get a student grant because they are LGBTQI; this is discrimination because it puts them at an unfair and degrading disadvantage to a heterosexual person. However, the law is the same for everyone when it comes to Marriage, this discrimination doesn’t exist.

The way I see it, the objective goes beyond what is really practical or fair and instead focuses on how society works, on the typical affirmative bragging to overcompensate for their insecurities. Are they really after the legal advantages that the social institution called “Marriage” provides?

Clearly they aren’t because there is already a law that covers every legal issue that being married might imply, such as Unmarried Partnerships or Union, with the exception of the word “Marriage” being reserved for the legal union of two people of different sexes who choose to do this formality.

Changing what is socially accepted to be “Marriage” is what they are really after. This demand from a minority can be fairly taken up and discussed with the majority, but not by using emotional blackmail, making it seem like a right of theirs is being violated and that they are at a disadvantage or that the socially accepted heteronormative formula discriminates because this is all false and ideologized.

It would have been of greater benefit to everyone if the LGBTQI community had fought to overthrow the unjustified and patriarchal nationalization of love and family, instead of fighting to be a part of it, demanding that the State keeps it nose out of the organization of marriage, when it doesn’t have to do with child protection of course.

It would have done us all a lot of good if LGBTQI community had pushed for a culture of contempt with regard to formalizing intimate relationships and had made free unions between people a trend, who only have to sign a contract in front of a notary if that’s what they want to do, including the points they want to abide by, rights, obligations, wills and distribution of assets without anyone telling them how they should live their relationship or share their assets.

In Cuba, the Government will use this demand (which is absolutely harmless to national politics) to appear modern, progressive and attentive to minorities’ demands, thereby replacing a crucial debate about basic rights and values to build a democratic society for all instead.

Will the Cuban LGBTQI community really be happy when they can get married but aren’t free to elect their president, create art without political restrictions or organize themselves independently?