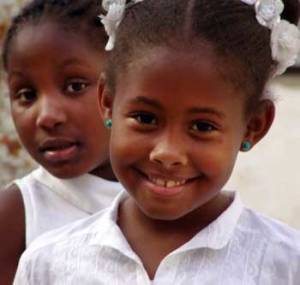 HAVANA TIMES — Children are smarter than we think, not only because they learn easily, but because they pick up on things that we adults sometimes don’t realize.

Tania, one of my daughters, is always telling me that she wants to live somewhere else. One day she talked to me about Brazil.

“Brazil’s really pretty!” she said to me a while back.

I then asked, “But how do you know if you’ve never been there?”

“Well, that part of Brazil might look beautiful, but that doesn’t mean that everything is beautiful there. There are places there that are as ugly as here, or even worse. And there are people there who live very poorly. Wherever you go there are beautiful places and ugly places, and good things and bad things happen,” I explained.

Aghast, I said, “No, no, no, no. There? – no way. Please, you’re going to have to choose another location other than the USA.”

“But Mommy – why not? Is it because they kill Black people there? – like what happened there a few weeks back? But you told me that people there aren’t bad.”

“No, I told you there are ordinary people there, but others who own a lot. Some people don’t have anything and don’t have anywhere to live, while other people there live in tall buildings, in houses bigger than your school. It’s a country like any other developed country.”

“Also, I don’t want you to live there because I won’t be able to visit you. Going to visit the United States is more difficult than going to another country, and look how hard it is just to leave Cuba – it’s is a huge problem.”

“Ohhhh. OK. I get it,” said Tania, as she continued looking at the pictures of Las Vegas that a friend of the family had sent us.

2 thoughts on “Tania Wants to Live in Another Country”