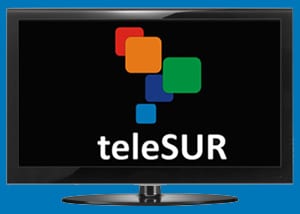 HAVANA TIMES — Even though Cuba is a cosponsor of TeleSur, it took two years for it to transmit its signal (2005-2007). It was hard for the Cuban government to accept that a TV channel, which wasn’t going to be monitored 100% by the Communist Party’s censorship mechanisms, would be broadcast freely to our people.

It sounded very dangerous. All the more so since TeleSur was imbued with the real desire to cover the news freely and without supervision in the beginning, plus its journalists hadn’t been “molded”.

They started off with an hour of TeleSur on the Educativo 2 channel. During that time, they “filtered” the day’s programming and let us watch an hour of “The best of TeleSur”. In spite of the meticulous selection in order for it to be “the best”, according to our censors, it was a welcome space after decades of watching the same thing in the same way over and over again.

The programming was very different to our own as it was a lot more diverse and objective. If there were elections in Venezuela or in another country, we were able to watch them and hear both sides, even though the journalist would always stress the virtues of the Left more. Personally-speaking, I never missed one of those broadcasts, which was a kind of information oasis back then.

However, Cuban “experts” were already there, at the heart of TeleSur, working and influencing for content in their own image and likeness. Even after those two years, when they had to begin to broadcast it in Cuba because it was strange belonging to something and selling it as something good, but not consuming it, the truth is that it wasn’t ready for us.

Then, after greater training, the number of hours being broadcast gradually increased. First, by extending the selection and then finally broadcasting it live.

Today, they broadcast TeleSur most of the day. They don’t even need to filter anything, everything is suitable for our consumption, as if it were the Cuban TV’s news show. Positive news only have to do with countries that are friends of Cuba or Venezuela or where the “friendly Left” govern. Negative news only have to do with enemy countries or where the Right governs. It’s pure manipulation and it is extremely hard to pick out the small pieces of the underlying truth.

Due to this line of work, as nearly everyone has been criticizing Venezuela for some time now, the negative and apocalyptic content it broadcasts about the rest of the world is too much. TeleSur had captured a large audience, at least in Cuba, when it was more objective, but at this point in time, it has lost its audience to a great extent.

“You can only watch TeleSur a bit at a time, if you don’t, you’ll end up traumatized. It produces a really heavy mood and a lot of stress. Just listening to the news jingle is already stressful enough. It’s true that there are problems, but the idea they give you is that the world is ending. If you’re not careful, you’ll end up going mad,” a young man from Mayari said.

“This channel puts me in a bad mood, they only talk about tragedies and wars,” a housewife said.

Today, TeleSur is a completely manipulating, biased, partial and apocalyptic channel. More “Cuban” in style than even the Cuban channels. Plus, it upholds a Stalinist line, which voids all of the Left which isn’t to the Venezuelan and Cuban governments’ liking.

Ecuadorian president Lenin Moreno is a living example: he lost his initial support from TeleSur for having an internal disagreement in Alianza Pais with his former comrade Rafael Correa. Even though he is from the Left, he is demonized on every news show and the popular referendum which he summoned (held on Feb. 4th), was under the TV channel’s critical watch. This totally contrasts with Telesur’s support for Venezuela’s Constituent Assembly referendum, where only Chavismo candidates took part and it took place in the middle of a suspicious constitutionality.

Not even our Cuban democratic socialists, or the alternative democratic Left to the authoritarian government, based on the island or in exile, have been shown or interviewed by their many reporters. However, in Colombia, where the channel is less watched than here in Cuba, anybody who protests anything automatically appears on TeleSur in an exclusive interview.

Another example of its bias relates to its support for secession: in Bolivia, where Evo Morales’ government is similar to Venezuela’s own, TeleSur challenged the independence movement of the eastern part of the country. However, in Spain, it supported Catalonia’s separation because Spanish Prime Minister Mariano Rajoy is an enemy of Chavismo.

And the pristine rule of letting people see and listen to different perspectives has already been eliminated. Now, only voices of friends are broadcast and the rest is filled with the journalists’ manipulative opinions. It’s the Cuban school of journalism and television exported as part of the solidarity package to our Latin American brothers and sisters.

TeleSur was a great idea, there’s no doubt about that, just like Chavismo and the Cuban Revolution itself was at the time of their conception, but look where political extremism has taken us. The problem isn’t being a part of socialist movements, but in casting aside the good path of democracy and freedom that motivated us in the beginning, for the dark dead-end alleyway of authoritarianism that seduces and corrupts.