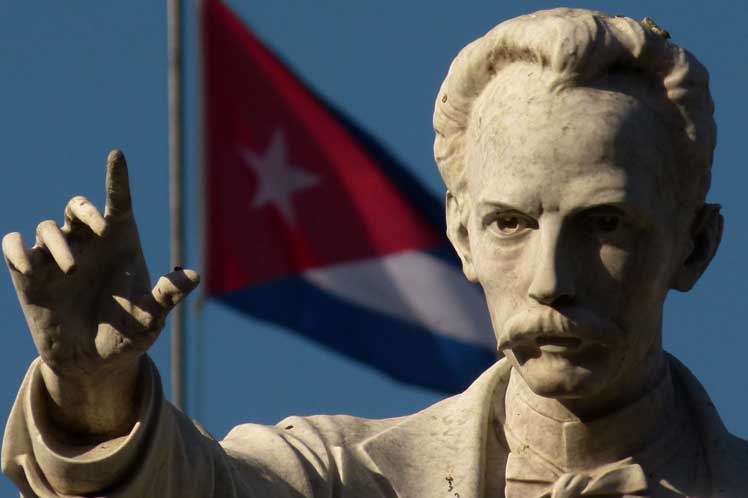 HAVANA TIMES — The Castro government has tried to base its violence, strategies and intentions on Marti’s ideas, trying to win over for themselves the attraction the thinking of the Cuban people’s Apostle always had.

Nobody here has forgotten Fidel Castro’s phrase: “Marti, the intellectual author of the Moncada Barracks attack”, when Marti would have never done anything like that atrocity.

Even though a detailed analysis of the government’s violations of Marti’s thought would need several volumes, the practical fight to free Cuba from so much disgrace rather needs us to unravel this phenomenon bit by bit, so as to better understand it.

Thus, this brief article attempts to show the differences in a basic aspect between Marti and Castro thought with relation to the Revolution’s Party and its objectives.

The Platform of the Cuban Revolutionary Party, written by Jose Marti, state:

Article 5– The Cuban Revolutionary Party does not plan to take a victorious group of people to Cuba who consider the island their prey and dominion, but to prepare, with all the effective means that freedom abroad allows it, the war that must be fought for the integrity and welfare of all Cubans, and to give them a free country.

The 1976 “Socialist” Constitution also states in its Article 5:

Article 5– The Communist Party of Cuba, a follower of Martí’s ideas and of Marxism-Leninism, and the organized vanguard of the Cuban nation, is the highest leading force of society and of the state, which organizes and guides the common effort toward the goals of building socialism and progressing towards a communist society.

You only need to compare these articles, which history by chance gave the same number, in order to understand how far the Castro ideas are from Marti’s own.

Where Marti explicitly said that the objective wasn’t to convert Cuba into a party’s prey and dominion, the Castro constitution clearly states that the Communist Party is responsible for organizing and leading the country as the State’s leading force.

Where Marti looked for popular sovereignty, the people’s ability to make collective decisions, Castro hijacks this for a single, Communist, Marxist-Leninist party.

Similarly, where Marti explained that the Cuban Revolutionary Party’s objective was to look for the freedom that existed abroad, the integrity and welfare of all Cubans and to give all Cubans a free country, the Castro model set out on building socialism, the tropicalized Stalinist version, which is exclusive and anti-Cuban in its very nature.

In its attempt to manipulate Marti thought, this article in Cuba’s Constitution manages to put the Apostle’s way of thinking next to Stalinist ideology which hides Marxism-Leninism at its heart, ideologies which are the opposite. When Marti calls for love, understanding, the peaceful resolution of conflicts; Marxism-Leninsm turns to hate and the fight between social classes.

Marxism-Leninism was the Stalinists’ way to find a way to join Marx and Lenin’s thought and justify the Russian Communists’ abhorrent acts with alleged Marxist doctrines which never existed as such, using isolated or accidental phrases in German.

No. Fidelismo has nothing to do with Marti.  I will continue to take apart all of the Castro government’s lies about Marti in upcoming articles.

One thought on “The Castros and Jose Marti”