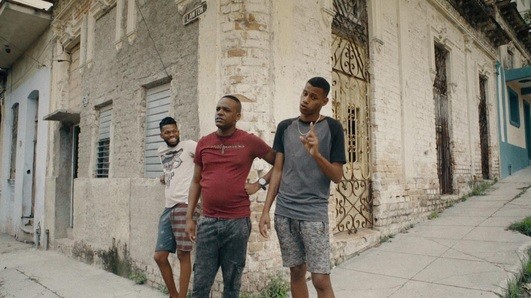 HAVANA TIMES – This is the second poignant documentary by Ricardo Figueredo Oliva. Like the first, Juan Sin Nada, the filmmaker manages to explain things about the Cuban system and life that are very difficult to understand, especially for people who have not lived on the island or under a similar system.

The Cuban Theory of the Perfect Society can be summed up in one word, the “absurdities” of a system where common sense is crushed in favor of inertia and stubbornness. There are millions of examples where the ordinary Cuban either shrugs his/her shoulders or says Why? knowing they will not receive a response.

In Juan Sin Nada, Figueredo tackles with great success what it’s like for a Cuban worker to try to live off their “salary”.

Now, in his most recent production, he shows the part of Havana that most visitors don’t see or don’t understand. The thinking of Cubans trying to live their lives in a country where, as they say, “everything is prohibited” and individual initiative is punished instead of supported.

The Cuban Theory of a Perfect Society is an aesthetically pleasing 61-minute documentary, very honest, very respectful. In simple popular language and images it shows us the illogical things of a system that excels in shooting itself in the foot.

Over time, much of Cuban society concluded that the promised bright future will not come. Some blame the eternal enemy and others seek a future. Very sad in a country with so much potential.

2 thoughts on “The Cuban Theory of the Perfect Society (Documentary)”