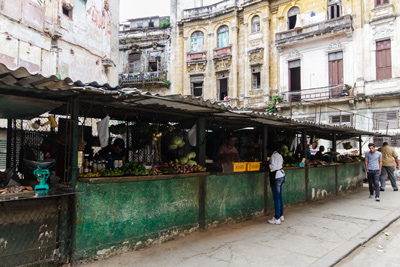 HAVANA TIMES – Over the last couple weeks, there’ve been several different takes on the topic of the high prices in the markets here versus the scant buying power of most customers. In my view, we’ve yet to recognize the final determining factor in this story.

The few elements of classic political economy that I’m familiar with seem more than sufficient to explain the problem. The old boys – Marx, Smith, Richard Wolff – explain perfectly well the uncomplicated Cuban market, a market without the financial trading complexities that reign in the modern world. Here we simply experience the market as a space for the exchange of equivalent goods in a series of trades: merchandise-money-merchandise.

A super-starlet has been left out of this story: the Law of Value, which determines the prices for specific goods. Goods can’t be sold for less than what it cost to produce them. The expenses of the primary producer plus those of subsequent links determine the minimum price, to which a certain profit margin must be added before you can reasonably commercialize anything.

Many people within the socialist cosmos, among them Ernesto “Che” Guevara, manifested little affection for this law in their day. The bad reputation didn’t in any way diminish the law’s validity, however, just as the effects of gravity aren’t lessened because someone believes that this is merely a social construct.

If we then go on to analyze Cuban farm products markets and their prices, we must begin by looking at the primary cost of the products. The first clue can be found in the value of the labor force that the contemporary Cuban land owner contracts. The landless workers, those who work on farms belonging to others, charge about 80 pesos for a day of work. Some 22 workdays a month add up to a salary of 1,760 regular Cuban pesos monthly (US $88). 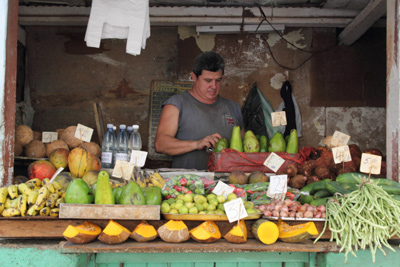 I’m not going to get into a debate about whether this is a little or a lot. The fact is that the market gives this value to that labor force. Within the labor spectrum, one could imagine that this labor is one of the cheapest values as a result of its unskilled nature and the difficulty of establishing labor union alliances – among other problems – thus making it easier for employers to increase their exploitation via coercive mechanisms. Likewise, for less than that sum the farmer-employers won’t find people willing to bend their backs under the sun in their orchards or with their herds.

The salaries are only one of the landowner’s expenses. To those figures, you have to add the investment in fuel, seeds, fertilizer, pesticide, and equipment if he had to use tractors, irrigation systems and the rest. After the farmer sells to the first buyer, there are more expenses for packaging the product, transporting it, and marketing it to the final consumer, etc. Today these inputs receive almost no State subsidies, and as a result, their costs are comparable with those in other international arenas.

Generally, those who work in that chain manage to generate an income greater than that of the day-laborer, “the last card in the deck.” We are speaking here of five thousand or ten thousand pesos, who knows how much more a month. Those involved consider these figures as their due compensation. They believe that their efforts and investments make them worthy of being able to purchase a car, a house, buy a lot of knick-knacks, go on vacation at a hotel. With less income, they wouldn’t be able to realize these aspirations.

This sector enjoys an income that may appear scandalous. Nonetheless, they are merely enjoying the powers that the famous marketplace and the Law of Supply and Demand have allotted them. These people consider that their efforts are not worth any less than that, and if we take a look, this is the level of compensation that almost everyone aspires to. It’s also that which the entire mercantile offer – from the private sector as well as from the State – urges us towards. And it’s comparable to the ambitions of their equivalents in other international scenes. 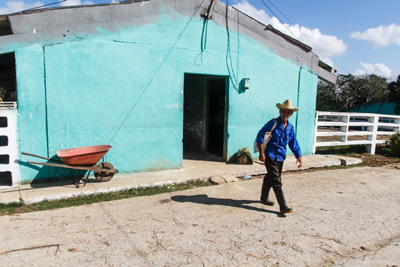 These simple realities are impossible to refute, because of their objective and material nature. Those who have no interest in developing a general understanding of them can spin fairy tales and empty promises; many people will believe them out of a need for hope and consolation. In fact, assimilating the hard reality and proposing to transform it is a difficult quest. The mix of bad intentions and naïveté has served to prop up obsolete state policies, as well as to sell the tale of capitalism as savior.

No real solutions exist within the framework of contracting and exploitation of the labor force, be it by individual private capitalists or via State capitalism. A raise in salaries would lead to nothing more than the devaluation of the currency, given that this has no value in itself but is only a reflection of the total wealth that is created. The problem could get still worse, because for the moment the costs of education and health are paid indirectly by the support of the entire national labor force. If these latter were to be modified – if they were charged directly – the cost of the labor force involved in agriculture, from the peon right on up to the person who passes the sold merchandise across the counter, would rise in response to their need to cover these items; and the prices would continue their climb.

The State scheme took us to the edge of the abyss, according to the confession of our current President, Raul Castro. It’s possible that a “normal” capitalist regime could set us right, but only after several decades of increased exploitation, inequalities, social conflicts, etc. In the end, a more wealthy society might emerge, but with very differentiated classes: some with more, others, definitively impoverished.

The problem of fair prices and a genteel level of well-being for society in general can only be solved within the framework of revolutionary transformations for the entire nation. The key elements must include working class ownership of the means of production, and the autonomy and democracy that would allow them to generate and distribute the riches in demand.

In this way, they would escape the alienating exploitive relationships, both private and state. Many intermediate structures would be rationalized, structures that currently serve only to multiply the prices of products in order to generate the money that maintains the parasitic classes. That’s where we will finally find equilibrium between income, market prices and the satisfaction of individual social and needs.