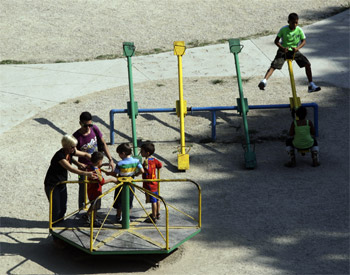 HAVANA TIMES — How many times have you ever told yourselves that you have a bad memory, because you forget relevant dates, or events like the birthday of some person you care about, or where you are keeping an important document.

I often tell myself that I must be the most forgetful person on the planet. I easily forget important facts as well as others of less importance.

I once forgot my mother’s birthday. The most curious aspect of this is that just the day before I had spent an entire afternoon going from shop to shop in search of a present for her.

Another time I put away a package of sweets so that the girls wouldn’t spend the whole day feeding their tooth decay; when I wanted to retrieve it, I couldn’t find it anywhere, not even with a magic wand. Months passed before I was able to locate what I had so carefully hidden.

The things that I use every day must always be kept in their place; otherwise I go crazy searching the refrigerator for a pair of shoes, or the bookcase for some pills.

My younger brother says that I don’t have a bad memory, that I’m just crazy. I try to prove him wrong, but I think he may be right.  I’ll tell you about the latest thing that happened to me and you can draw your own conclusions.

One day in July I had to take one of my girls to work with me, because the woman who takes care of her during the summer vacation period was sick. I decided to take the youngest, while my husband took Tania, who is more obedient.

After about 5 hours at work, I decided to go home since the little girl needed to take a bath, rest and take her accustomed nap. With that intention, we went out to find some kind of public transportation back home. However, on the way we changed our mind and went instead to one of the principal children’s areas of the city of Guantanamo: the “February 24” Park.

Once in the park, little Giselle forgot about being sleepy and tired, and even forgot to get hungry. She spent a long time playing with a girl she met there.

While I was watching Giselle run from one end to the other, I came upon a friend from adolescence whom I hadn’t seen since I finished high school.  We spent about an hour in conversation, catching up on our lives and how the years had treated us.

After recalling the great times as teenagers, the crazy things we had done together and some of the faces and names we had almost forgotten, we decided to say goodbye.

On the way home, I ran into a neighbor who has his own car and who gave me a lift. When I got home, the question from my husband was like cold water in my face: “Where’s our girl?”

“Girl?, What girl?” I responded with astonishment.

“What girl do you think, Rosa?  Giselle, of course.  Where’s Giselle?”

Instead of answering I flew out the door in search of my neighbor, offering him 100 pesos to take me back to the park to pick up my child.

Happily, Giselle had continued playing with her new friend. She never even noticed that her mother had forgotten all about her for some minutes.

It all gave me a tremendous scare, but I believe that the volley of abuse I received was worse still than the fright.

3 thoughts on “The Height of Forgetfulness”