HAVANA TIMES — In “Normality and Progress in Cuba” (Havana Times, October 30, 2014) Fernando Ravsberg reports on the Cuban television program Circulo de la Confianza (“Circle of Trust”) that he and others discussed the idea of progress and how it applies to Cuba.

Mr. Ravsberg correctly argues that progress in Cuba should be compared not with the achievements of the industrial capitalist societies but with the conditions of the periphery of world economy, in particular countries of the Caribbean and Latin America. Although I have used Ravsberg’s argument in my classes, academic conferences and political gathering dealing with the Cuban revolution for the past 25 years I think it is high time to reconsider the idea of progress itself.

The idea of progress

The contemporary concept of progress originated with the Enlightment (Robert Nisbet: History of the Idea of Progress,1969). It is associated with advances in social organization and attending progress in science and technology that are assumed to improve the human condition by enhancing quality of life. What has happened historically is more complicated.

The rise of the capitalist mode of production represented a revolution in social organization of Western Europe. The emerging capitalist system benefited from the Scientific Revolution (1550-1700) and technological development that increased productivity in agriculture and laid the basis for the Industrial Revolution (1760-1830). A number of bourgeois revolutions, in particular in France and in United States, paved the way for historically unprecedented social progress.

However, the process of original accumulation of capital marginalized the peasantry and subsequent capitalist industrialization super-exploited the new proletarians. The rise of capitalism in Western Europe also relied on plunder of far away lands, including the slave trade, and the new democratic republic in Western Europe and North America became colonial and imperialist powers that undermined progress in the periphery to facilitate their expatiation. Thus, the promise of progress was only partially realized by the working people of the capitalist center and largely unrealized by the masses in the periphery.

The rise of the modern labor and socialist movements and anti-colonial, anti-imperialist and anti-capitalist revolutions of the twentieth century, including the Cuban revolution of 1959, registered popular aspiration to overcome barriers to progress for the big majority of the world population.

A major intellectual contribution of the Cuban revolution was a return to Marx’s idea of socialism and progress. In Socialism and Man in Cuba (1965), Ernesto Che Guevara argued that the ideal of socialism was not to surpass the capitalist consumer society but to develop a a society of new men and women with socialist consciousness and a “love of humanity.” For Guevara this required a process of de-alienation centered in the labor process that focused on limiting and eventually overcoming the law of value. In Marx’s theory the law of value governs capitalist market through which everything is assigned a price. It was also Marx who argued that under capitalism all things are turned into commodities.

As a President of the National Bank and Minister of Industry Guevara was fully aware of the need for material incentives in transition to socialism. However, he argued that only development of moral incentives in life and work can pave the road to the socialist future. He wrote that socialism is not: 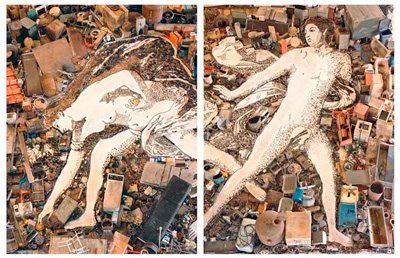 “…a matter of how many kilograms of meat one has to eat, or how many times a year someone can go to the beach, or how many pretty things from abroad you might be able to buy with present-day wages. It is a matter of making the individual feel more complete, with much more inner wealth and much more responsibility.”

“In order to develop a new culture, work must acquire a new status. Human beings-as-commodities cease to exist, and a system is installed that establishes a quota for the fulfillment of one’s social duty. The means of production belong to society, and the machine is merely the trench where duty is performed. A person begins to become free from thinking of the annoying fact that one needs to work to satisfy one’s animal needs. Individuals start to see themselves reflected in their work and to understand their full stature as human beings through the object created, through the work accomplished. Work no longer entails surrendering a part of one’s being in the form of labor power sold, which no longer belongs to the individual, but becomes an expression of oneself, a contribution to the common life in which one is reflected, the fulfillment of one’s social duty.”

Thus, like Marx’s, Guevara’s idea of progress differs fundamentally not only from the bourgeois notion but also from the dominant “socialist” view at the time. He argued that development of socialist culture and spirituality based on material comfort, not a culture of commodity worship and consumerism, is the socialist goal.

The idea of progress in the 21st century

Today Guevara’s vision is even more relevant and important for the future of the Cuban revolution and the world than in the 1960s. First, the uneven development of world capitalism has created extreme inequality as the richest 1% owns almost 50% the world’s wealth and 85 richest persons on the planet own as much as the poorest half of humanity. Thus, the bourgeois idea of progress as material possessions is out of reach for the multitude of humanity.

Second, the United States model of mass consumption as progress has been a fluke. After two decades of post World War II prosperity, the real wages of US workers have decline for the past four decades. For example, Juliet Schor documented in The Overworked American (1992) that in 1990 the average American worked a month more than in 1970. This trend has continued and economic insecurity has become widespread in the United States since the Great Recession.

Fourth, it must be recalled that early capitalist industrializer benefitted materially from very cheap fossil fuels as energy source. As it is well known, global warming and catastrophic climate change are a result of this process. Thus, the rest of humanity cannot follow the early industrializers because energy is much more expensive and humanity cannot afford burning any more fossil fuels.

Five, the Enlightment idea of progress has proven to be a double-edged sword. While the capitalist development of science and technology has provided potential material comfort for humanity it has also created the means of our destruction, including the nuclear arsenal capable of annihilation of much of life on Earth many times over. Perhaps worse, capitalist production and consumption have been destroying the environmental and ecological basis of society worldwide by their very nature (every act of industrial production is also an act of destruction) and by negative externalities. Negative externalities are self-interested acts of economic agents (firms or individuals) to make society and nature pay for part of the cost of their economic actions. Examples are dumping toxic waste in rivers or burning fossil fuels that cause global warming.

Finally, the planetary crisis caused by the capitalism civilization has precedents in history as argued by a number of authors. For example, in A Short History of Progress (2004), Ronald Wright convincingly argues that many civilizations vanished because of a “progress trap,” overuse of technologies that provided immediate gratification but destroyed the ecological basis of the society. Today, an increasingly number of scientists talk about the Anthropocene (The Age of Man) as the primary cause of the planetary crisis threatening the very existence of our species. While some have argued that the Anthropocene began with the Industrial Revolution, in “Economics, Socialism and Ecology: A Critical Outline, Part 2, 2013“, I have suggested that it actually began with the Agricultural Revolution thousands of years ago.

At the heart of the idea of the Anthropocene is human relationship with the rest of nature. For 95% of our existence, Homo sapiens lived as hunter-gathers with an ecocentric world view that assured a relatively harmonious existence with rest of nature and amongst themselves. With the advent of the Agricultural Revolution an anthropocentric worldview was consolidated that saw control and domination of nature as a central goal. This alienation from nature prepared for social alienation that paved the way for the rise of social classes, the state and systematic oppression and exploitation of some groups by others. Commodity worship capitalist alienation is very much the focus of Marx’s and Guevara’s theory of socialism.

The Cuban people lack some essentials of life in part due to the inhumane US blockade. They must have such necessities of life. However, the Cuban working people as well as billions of others worldwide must choose between (1) the illusory capitalist consumerist culture as “progress” even though it is unsustainable and impossible to replicate for 7 billion people on the planet or (2) a society based on values of love for humanity and nature with adequate material comforts that can provide the basis for cultural and human development. Ernesto Che Guevara chose the latter course although he was not aware of the environmental and ecological crisis that were unfolding even then.

Today we know that crisis of society and crisis of nature are actually one crisis. It is a crisis of Our Way of Life–the anthropocentric capitalist culture enforced by the capitalist world economy. Progress will require overcoming this crisis by transcending not only capitalism but also anthropocentrism that is much older and more ingrained in human culture. This transition will require a cultural revolution as well as a social revolution to embrace ecocentrism as well as communalism. We can call this new society ecological socialism that will ensure a minimum level of comfort for every human to ensure complete fulfillment and human development. Humanity so reconstituted will live with a love for one another and love for Mother Nature and all its species.
—–
*Kamran Nayeri
Political economist emeritus, Survey Research Center, University of California, Berkeley
Editor: Our Place in the World: A Journal of Ecosocialism

2 thoughts on “The Idea of Progress and the Cuban Revolution”