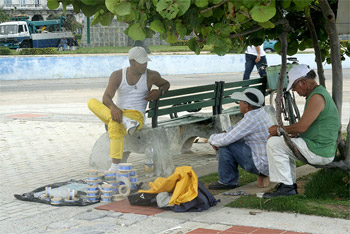 HAVANA TIMES — After the forceful article by Geandy Pavon titled “A Better Cuba Is Possible and Castrist Anti-Castristism” (Una Cuba mejor y posible y el anticastrismo castrista) concerning the “Urgent Call for a Better and Possible Cuba” (Llamamiento urgente por una Cuba mejor y possible, reprinted in Havana Times), there is very little to say about this document, its virtues or its detractors.

The document says nothing different from the thinking of those of us who believe in a peaceful transition to democracy, the full exercise of freedoms and human rights, social justice and national self-determination.

The document is not the Ten Commandments of good politics. In many ways certain vital issues could be missing, either because the drafters inadvertently forgot them or because those issues are not currently part of the consensus whose building is necessary. In the end, though, concerning that last point (consensus), lies the greatest virtue of the appeal.

As a result of our democratic-cultural shortcomings, sometimes we fail to properly appreciate the value of consensus, which is nothing other than accepting compromises if they conform with the substance of our proposals, even when we have to put aside issues that may seem important but are in fact dispensable for the purposes to be achieved.

We might even have to accept other issues that are not essential to us but that don’t affect the backbone of our position. Democratic corporatists define this brilliantly as an arrangement in which the best proposal of all is the second best proposal of each.

This was achieved here, and that was what allowed people of different political persuasions — from the island and the diaspora, and with completely different life experiences — to come together around a document of this nature.

It is a sign that we are advancing toward what is most important: being able to converse, to break with — for specific ends — the “isms” that divide us (and that will continue to exist for others, as a condition of pluralism and diversity) and to overcome the social and political fragmentation that has been the basis of authoritarian governance of the island 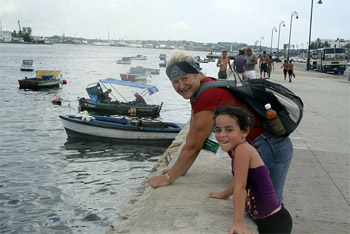 We cannot fear dialogue if we want a better future for Cuba. Dialogue — between friends and foes — is imperative in today’s Cuba. We need it for change in Cuba, but also for changing ourselves.

The problem is not in dialoging with those in power, but to do so without compromising on core issues, without falling for cheap temptations and without winding up as serving to shore up the oppressive power that currently characterizes the Cuban political system.

It is needless to note that what is suggested in the appeal is far from a proposal for dialogue that acquiesces with the status quo.

Therefore I want to emphasize the courage of the signatories of this appeal, especially those who did so from the island. I want to congratulate the small committee that initiated this and more than once had to overcome the rigors of disagreements, and I particularly recognize the decisive contribution of two people: Ariel Hidalgo and Juan Antonio Blanco.

I think that more than a document — of which there are others and very valuable ones — this one here is another step in building the “vast minority” that makes authoritarians shudder.

This shuddering is because they either fear the idea of active minorities or because they are horrified by the moral immensity involved.

And if either of these cases is true, we are already building the better and possible Cuba that is advocated by the signatories and many others who have not decided to sign. This is the Cuba we all need.