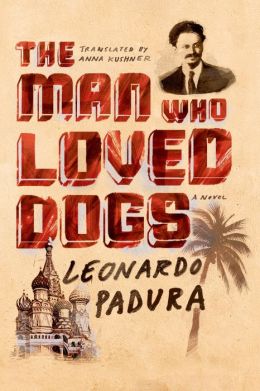 HAVANA TIMES — Some days ago, after a rather long read fraught with the interruptions forced upon me by a tight agenda, I finished Cuban novelist Leonardo Padura’s The Man Who Loved Dogs. The book comprises an excellent historical analysis impelled by a frankly masterful narration, through which the author interweaves three stories: that of Trotsky’s exile, the Stalinist agents tasked with hunting him down and a common Cuban looking for a heart-rending truth.

I am unsure as to what extent this novel could have contributed to the development of an anti-totalitarian culture in Cuba, as some critics wished it would at first. As a historical document, it a fabulous story, and Padura knows how to put his literary license to good use, limiting himself to showing us what others are duty-bound to demonstrate.

I am not sure, however, that these tales, so distant from us in terms of time and space, offer any historical analogies to Cuba’s population, particularly its youngest intellectual circles. When all is said and done, Cuban leaders were always closer to Argentina’s Juan Peron and Brazil’s Getulio Vargas than to Stalin and Brezhnev, and no one (with the exception of the Party’s ideological watchdogs), ever took this business of Marxism-Leninism too seriously.

Today, Cubans – young and not-so-young – have become accustomed to co-existing with the empty spiels of dialectical materialism in much the same way one manages to get some sleep in a cheap hotel room with a noisy AC: incorporating the buzzing into one’s sleep.

The novel’s ethical value, however, is unquestionable. As Hanna Arendt did in that intellectual play on words she titled The Banality of Evil, Padura speaks to us, not of unheard-of monsters, but of common people, believers who, at one point, were capable of committing the cruelest crimes without thereby ceasing to love dogs. Trotsky, perhaps the only extraordinary character in the book, did so when he justified the crushing of the Krondstat uprising as a dirty crime perpetrated for the common good. No one, however, is as convincing as Kotov/Leonid/Eitingon when he explains the reason for his steadfast militancy:

“At first, because I had faith, and because I needed the pair of boots they gave Checa agents, I wanted to change the world. Afterwards…once you enter the system, you can never get out. And I continued to fight because I became a cynic.”

I believe this is the book’s greatest achievement: to have placed a historical drama in the hands of common people, not unlike the ones we run into on the street on a daily basis. This is the touch of universality that makes what I consider to be the novel’s extra-aesthetic insight believable, the ethical dilemma one finds between belief and truth, between being and belonging, between loyalty and complicity.

I imagine these ethical dilemmas must have moved more than one Cuban official and intellectual over time. Like Kotov, they are faced with a system that not only requests their support but also their souls, and, eventually (though less and less frequently), it rewards loyalty with a pair of cheap boots. Before this system, also like Kotov, they have no choice but to resort to a discourse in which cynicism, opportunism and obedience become intermingled.

In the end, those involved in each of these processes are crushed to death by the debris of these projects. Trotsky is crushed by the debris of a political project he insisted on calling “socialist”, until an ice pick to the back of his head rid him of the agony of his increasing isolation. Mercader and Kotov ended up buried by the lies and half-truths with which they had made the morass of their existence tolerable. Ivan was interred by the weight of his entire life, which Padura synthesized in the collapse of the roof of his dilapidated hovel in Havana.

In one way or another, all of them became the victims of the perversion of a utopia, probably because it is hard to find a utopia that is free from perversion. One may argue the matter in many ways – Padura himself naively asks himself how and why dreams were turned into nightmares – but, if we invert the terms of the argument, we soon see that the world has known no monstrosity –fascism, the Holocaust, colonialism, Stalinism, cultural revolutions – which hasn’t somehow drawn from some form of utopian heroism.

I think that, in the coming days, I am going to regret having bid farewell to the pages of Padura’s book. I am going to miss the deliciously well-crafted tensions surrounding the Viena mansion and Rio Churubusco street, places that transported me to the enviable times I spent between its walls, speaking of the meaning of existence with the story-tellers of Coyoacan and imagining Trotsky and Natalia, walking among rose-beds and empty rabbit cages. I believe Padura has written a book that is here to stay and demonstrates that literature, like Sartre said, serves to have human rebellion survive our individual destines.