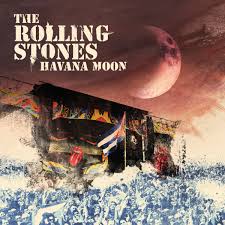 HAVANA TIMES – In my hands, and as a valuable gift brought from Rome, a packet entitled “The Rolling Stones, Havana Moon.” It consists of two CDs with the Stones music and a DVD of the megaconcierto they offered for free at the Havana Sports City on March 25, 2016.

Despite the promises of The Stones themselves and the authorities of the Cuban Music Institute, the documentary was never shown on Cuban television. It seems that something happened that I have not yet been able to find out for both of them to break their word. However seeing it now in its original form, the images shot leading up to the event all correspond to a marginalized Havana that, unfortunately, is selling a lot in music, literature and cinema.

I have a Cuban Russian friend who had a good time during the winter months in that distant country, but very close to the collective memory, in order to create a mini tourist company for those who, taking a flight from Moscow airport, would take them to visit a country often spoken of by their parents and some with such devotion that they called us “the Island of freedom.”

That is how a group of professional photographers with a single objective arrived with their expensive lenses: to the slums of Havana as if they did not exist in the same place where the well-known Red Square was built.

There is nothing of the splendor and natural beauty of our land, nor the effort undertaken by Eusebio Leal in the reconstruction and remodeling of colonial Havana.  They headed to the slums and that was what they took in their memories.

The moral is clearer than the water we need. Outside any objective balance, they chose biases that, in addition, some pay well.

One thought on “The Movie of the Rolling Stones in Cuba”