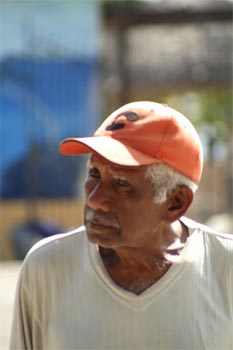 HAVANA TIMES — “The opposite isn’t the enemy,” writes a young Cuban philosopher, Boris Gonzalez, full of concern about Cuba’s current situation and prospects. That thought inspired me to write this article.

According to the fundamental laws of the dialectics (1- the conversion of quantitative to qualitative change, 2- the unity and struggle of opposites and 3- negation of the negation), every phenomenon undergoes a process of development in which these laws manifest themselves in an interdependent relationship.

A very important aspect of this must be highlighted: this struggle takes place in “unity” (as a philosophical category), which doesn’t mean equality, identity or much less unanimity, but rather joint participation but from different positions.

That struggle is in “unity,” which involves exchange, cannot take place in separation or with there being a total breakdown. The law is called “the unity and struggle of opposites” not by chance.

Those who don’t understand these manifestations of the dialectic — whether for cultural, religious, dogmatic or other reasons — can hardly understand the movement of a given society, nor can they contribute positively to its development.

This is what leads to see the agents of change not as opposite pairs of the same phenomenon, but as enemy agents, external to themselves, attempting to impose a direction different from what’s natural, and to turn the struggle of opposites into a death battle between irreconcilable enemies.
Praxis has shown that the conversion of the old being into a new one is only possible proceeding from the encounter, the exchange, amalgamation, integration. We find that from the “unity” of opposites, these then mutually negate each other and give rise to a new phenomenon different from both.

When the opposite is seen as an enemy, rather than producing a qualitatively new and positive situation in which the old and the new triumph — both in a new being, as occurs in love between a couple who decide to merge to give birth to a new creature — what is produced is a reaffirmation of the old in the old and of the new in the new, where one of opposites is imposed by force. This terminates with the “finishing off the enemy” and thus ends up with the elimination of its own possibility of becoming something new, different, better and qualitatively superior. 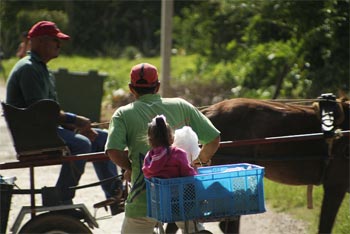 This is why Boris is right when he says that the opposite is not the enemy. In this lies the guarantee of development, the emergence of the new being.

If the old destroys the new, the old remains. If what the new is aiming at results in the total destruction of the old, everything winds up suspended in the air, without any basis, without a contradiction that would aid in development, the path to self-destruction.

This is why seeing the struggle of opposites, in the social terrain, as irreconcilable enemies in which one of the opposites must necessarily die, has led many revolutionary processes to commit strategic suicide, attempting to destroy the opposite instead of acting in dialectical unity in the struggle for mutual supersession towards a new society.

That was a schematic reading of the works of Marx and other founders of socialism. This is was what happened with the “workerist” approach to the socialist revolution, seen as the result of the irreconcilable struggle between classes of workers and capitalists, when the classics of socialism themselves had foreseen new relations of production carried out by a new type social and productive actor: the freely associated worker – not the wage laborer.

The free worker — whether associated or not for production as a member of a cooperative or as a self-employed worker — isn’t seen as an enemy of capitalism but as a competitor within the system. This is why those who haven’t understood the laws of dialectical development of society see the work of freely associated workers as “functional” for the capitalist system.

They don’t understand that this form of organization of production is developed within the capitalist system — because of and despite the very mechanisms of capitalism — and finally prevails and leads to a new socio-economic system.

We must see the social revolution as being more than a political change and as a process of changes in the relations of production, which may be understood as involving into the development of something that was progressing within the old system, and that does not intend to doing everything new, changing everything, but instead as a force that unleashes the newly existing social forces and economic conditions. 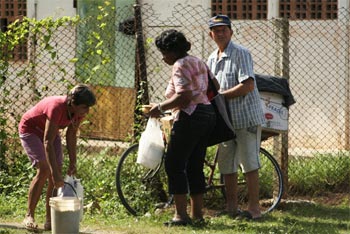 In trying to deny capitalism in all senses, in all its values, all its developments, all the forms of organization present within it, “real socialism” ended up denying all values of democracy, human rights, and freely associated exchanges and associations achieved under capitalism.

It tried to invent these from scratch – and from nothing came nothing. Such “socialism,” on a widespread basis, eliminated all of that because socialism was “unknown and nobody knew how to do it,” yet for the all-controlling state it maintained wage-labor, the essence of capitalism, which determined its agony and its end.

“Reaching shore” in Cuba, these laws should be taken into consideration by everyone. Both those from an extreme whereby the government-party opposes processes of democratization, socialization, decentralization and cooperativization, as well as those in the opposition who want a clean slate of everything realized over this past half a century, or those from a sector of the sectarian left who ponder over a society that’s so new and pure that it would never be the product of something real, of the progress of something already existing, but instead something pulled out of their imaginations.

And of course there’s the political and diplomatic involvement of US imperialism, the historic enemy of the Cuban nation by its own choice. This is an issue that is related but different from the historical struggle between Cubans for a more just, free and democratic society that not all of us see equally in its ends and means. This is a matter for us to come to an agreement on.

A true humanist — and only a true socialist can such — does not look for human enemies, those who attempt to be an enemy, make that choice on their own.

Imperialism has to be kept at bay and not try to move forward thanks to its assistance, which will always be self-interested. Otherwise 1898 may repeat itself? This is up to Cubans who are willing to do so in harmony, peace and full democracy, contributing to the common future.

For this, what is most needed is a socialized economy of small and medium-sized investments by the Cuban diaspora that desires to make the nation flourish “with all and for the good of all”. These would be operations with social functions, contrary to the large capital of the empire which would seek to exploit wage-laboring Cubans in conjunction with state capital and to subjugate our people.

The defense of the Cuban revolutionary process has to be done consistently, especially for it to be corrected. This cannot be done by stagnation with the extreme conservatism of the failed statist model, which is nothing more than disguised state monopoly capitalism.

The Cuban revolution, as a twentieth-century revolutionary process that followed in the footsteps of Stalin-fabricated “Leninism,” should learn from the mistakes of the former Soviet Union and the “socialist camp,” unless it wants to end up the same way.
—–
To contact Pedro Campos: write [email protected] or call 5-346-8630 (cellphone)

One thought on “The Opposite Isn’t the Enemy”