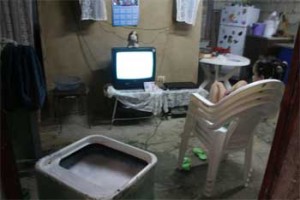 HAVANA TIMES — Beware of titles like this. Be suspicious of anything that attempts to tell the absolute truth about something – especially if that something is Cuba.

Take a gaming dice in your hands and try to see all six sides at the same time. The truth is like a dice, but with more sides. But this isn’t an absolute truth either. It’s not something proven. It’s just my opinion. So be wary of this too.

Almost two months ago, the country commemorated the 51st anniversary of the “Bay of Pigs Victory,” achieved against mercenary troops that invaded the island. In April, the TV program “Mesa Redonda” (The Round Table) dedicated one of its programs to this historic event.

I confess that I only watch the program on special occasions. This wasn’t one of those, but the TV was on and I could hear it from my bedroom. The main guest of the evening was Nemecia, the little girl from the poem “Los zapaticos blancos” (The little white shoes) by Indio Nabori. That “little girl” is now a woman who’s over 60 years old.

For a long time I didn’t know that Nemecia was a real person. I studied the poem in elementary school, but only during a TV report on the 2011 Sixth Congress of the Communist Party of Cuba had I ever seen the principal figure of the poem in the flesh. Then, a year later, I was listening to her tell her story on the “Mesa Redonda.”

Nemecia was very poor before the 1959 revolution. Her mother could barely support her and her brothers. She could never buy white shoes, or shoes of any color for that matter. Listening to her, I could imagine what the success of the Cuban Revolution meant to the lives of the residents of her community.

Just when the sun was beginning to rise for Nemecia, came the mercenary invasion. Nemecia found out that the country was being invaded in the most direct way. The bus she was riding in with her mother and brothers was hit by shells. Her mother died right there in front of her eyes, and her brothers were wounded.

Throughout my life, “Giron” or the Bay of Pigs was always a remote and distant episode, the stuff of the triumphalist spiel of officialist propaganda.

I had to learn the details of it for a history test in fourth grade. I remember parroting, “Giron, the first defeat of Yankee imperialism in America, April 19, 1961.” But for me, Giron meant nothing more since I was born in 1976. I wasn’t there to experience it, fortunately.

To Nemecia, however, Giron is an everyday reminder of her mother. Each and every day. How does one recuperate from having seen — at the age of twelve — one’s mother dying in a mercenary attack? I don’t know. I don’t know if one can recover. 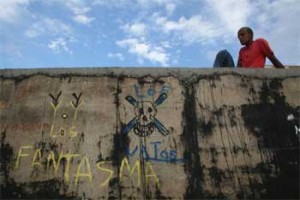 Nothing I could imagine could allow me to feel what Nemecia must have felt and feels.

Listening to her I remembered a scene from the movie “Che” by Steven Soderbergh. The guerrilla expressed his appreciation or the Bay of Pigs invasion in the sense that it united more people around Fidel.

Did Nemecia ever question the errors committed by those same leaders who brought the revolution to life? Did she ever consider the abuses against homosexuals back then or those now being committed against people who are currently demanding changes?

What does she think about the 1940 constitution never being reinstated (as Fidel Castro had promised)? I guess none of this bothers her, but — after hearing here story — now I understand.

In Cuba, the term “dissident” and “opposition” have been transformed by those in power to be synonymous with “mercenary.” The government labels those who demand freedom of speech, free association and freedom of the press as mercenaries who have no right to reply. Now we know what the word “mercenaries” must bring to Nemecia’s mind.

I visited the community of Pon in Pinar del Rio Province in 2002. The campesinos there had no running water or electricity. They had to draw water from a well and there was only one community TV, which operated off of a solar panel and batteries.

That was their truth, and I couldn’t help but be moved by their gratitude to the Cuban Revolution, despite them having to draw water from a well in the 21st century, and despite them feeling that life ended when it got dark at 7:00 in the evening and community TV was their only alternative.

Here in Havana, I know a 67-year-old man who describes Fidel Castro as “the only president that gave dignity to this country.” As a teenager, before 1959, he was kicked off a beach for being black.

Later, for years, we couldn’t go to the tourist facilities, but this wasn’t because we were black, brown or white. It was for being Cuban. My friend didn’t find that undignified, but necessary. 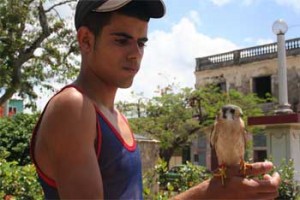 For a long time it also seemed necessary to keep Cubans (those who had enough money) from buying cars (unless they were artists, top athletes or members of the Council of State). Similarly, citizens could only buy houses unlawfully.

The government still hasn’t apologized for having deprived us of those rights, “since it was necessary,” says my friend. Nor have they apologized to people who are gay for kicking them out of universities and jobs only to send them to work farms of the UMAP (Military Units to Aid Production). This too was “necessary.”

Nor is it undignified — simply necessary — that we Cubans require special permission to leave the country. When that change comes, if it does come (as announced at the Sixth Party Congress), we won’t receive an apology for its previous denial either.

My 67-year-old friend participated in the literacy campaign, planted coffee and applauded the government when it eliminated small businesses as “the last vestige of the bourgeoisie.”  That was the justification of the time.

My friend was part of that process. Therefore none of that could have been an error because it would also be his error. His volunteer hours donated to the revolution couldn’t have been for nothing. Those who died in Angola couldn’t have given their lives in vain.

Though his house is falling is down around him and though his token retirement check only stretches ten days, he needs to continue believing in that better future that the leaders promised back in 1959.

The closest we got to those promises was in the 1980s. It’s sad to hear him speak about those days, more and more distant, but convinced that they’ll return. In the meantime he survives thanks to “inventing,” our euphemism for small pseudo-illegal activities for ensuring survival.

My friend is one of the many retirees who (unlicensed) sell plastic grocery bags, newspapers, or rationed coffee quotas, or who live off selling whatever falls in their hands.

Nonetheless, he doesn’t let anyone speak poorly of the revolution and its leaders, because he still has the energy to “fight for all this” and the lungs to shout the slogans.

3 thoughts on “The Real Situation in Cuba (Part I)”