The political legacy of anti-imperialism, anti-dictatorial struggles, and indigenous, Afro-descendent and peasant resistance 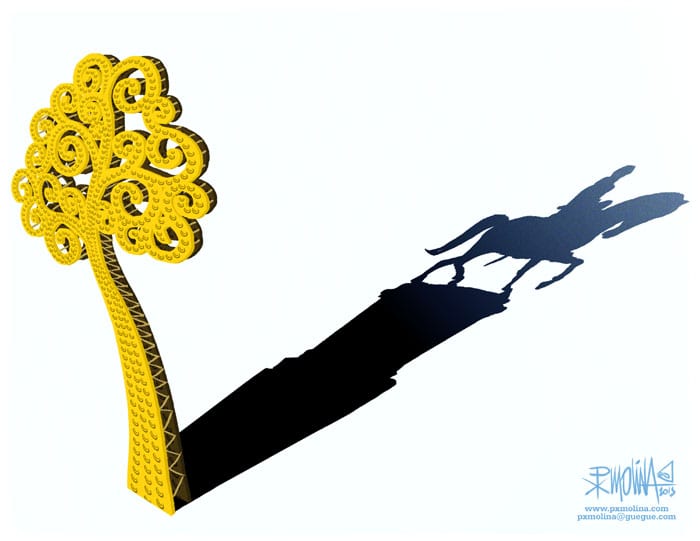 The political legacy of these great movements defines today the character and influence of civic struggles for democracy and sovereignty, faced with the moral collapse and ideological orphanage of the Ortega-Murillo regime.

The anti-imperialist movement, hoisted by General Sandino and Benjamín Zeledon, took root in the national political consciousness, forged the nationalist-revolutionary identity in the founding of the FSLN and influenced the thinking and social memory of generations of Nicaraguan families.

The anti-dictatorial struggles began hand in hand with anti-imperialism, because the best evidence in national history was the support that the United States had for almost four decades to the Somoza regime since 1934, until its defeat by a popular insurrection led by the FSLN in July 1979.

For these reasons, the Sandinista Revolution of the 1980s defined itself as a nationalist, anti-imperialist and for liberation, to put an end to an atrocious and bloody dictatorship, to redefine its relations with the United States, and under that program to affirm its sovereignty and national self-determination.

But the anti-dictatorial struggles of much of the twentieth century articulated a broad spectrum of social expressions, multiclass alliances, ecumenical religious coalitions and intergenerational political subjectivities.

Not all these expressions found the armed struggle its preferred form of struggle. Even so, and perhaps because of that diversity, being anti-dictatorial was and continues to be synonymous with preserving fundamental freedoms in the face of authoritarianism in which the absolute power of the Supreme is illegitimately clothed.

The anti-dictatorship feeling is therefore an ethical-emancipatory principle, as an expression of civic-political struggle for democracy. Anti-imperialism, for its part, is part of a continental Latin American legacy rooted in the struggles for independence, but it has also been shaped by its own struggles for sovereignty and national dignity.

Sandinismo, being one of the fundamental aspects of this anti-dictatorial and anti-imperialist legacy, is not the exclusive domain of the FSLN, but the latter attributed it and was legitimized by the power of the State and distorted its character by suppressing debate and criticism within its organization.

The FSLN-party became the antithesis of that legacy when it inaugurated a second dictatorial regime responsible for one of the worst massacres of the long Nicaraguan 20th century.

The FSLN-party showed you can do a “coup” Nicaraguan style by dismantling an incipient democratic regime, and then hide under that now past, “consensus model” agreed with the economic elites of the country.

And here is the irony of our history: the coup leaders ‘from above,’ in other anti-dictatorial times, today accuse the civic rebellion ‘of a right-wing coup,’ a rebellion that tries to rescue the dignity of the country and return its democratic institutions.

The third transcendental political movement in the contemporary history of Nicaragua is that of the indigenous, Afro-descendent and campesino resistance to the formation of the national State.

These struggles have been present since the founding of the republican state, but their indelible presence was shaped ‘from below’ in the long 20th century, often challenging the mestizo nationalist discourse, an “alternative to official history” as Jeffrey Gould reminds us in his book El Mito de la Nicaragua Mestiza (Editorial of the University of Costa Rica, 1997).

These struggles were outlined at the turn of the century with the Sam Pitts rebellion in the Moskitia that in 1906 raised Miskitu nationalism for territorial and cultural autonomy, and later through the “memorial of grievances” that Senator Horacio Hodgson denounced before Congress in 1933 for the arbitrariness of the Nicaraguan State against the citizens of the Atlantic Coast. They surfaced in the resistance of the Indigenous Peoples of the Pacific, Central and North against the dispossession of their identity, territory and autonomy; and continued with the massive Miskitu indigenous uprising during the years of the Sandinista Revolution until a peace and regional autonomy agreement was reached in 1987.

This same legacy of resistance was decisive in the formation of an important part of the campesino counterrevolution, a process so far little understood in the social memory of the country, as Irene Agudelo reflects in her book Contramemorias: Discourses and images on / from the Contra. Nicaragua 1979-1989 (UCA, 2017).

The unresolved social, economic and political injustices of the long Nicaraguan 20th century, combined with the growing state authoritarianism of both the PLC and the FSLN in the first two decades of the 21st century and the first-born from their predictatorial pact, made possible the emergence of the third political movement: the campesino and Afro-descendant / indigenous movement against the Canal [project and law].

It is for this reason that the leadership of this movement has been defined as in defense of sovereignty, territory and national dignity, principles that form the nationalist ideological legacy “from below,” anti-elitist, non-partisan and with an emancipating horizon.

Francisca Ramírez, Doña Chica, is the voice and emblem of that struggle, but her legacy is rooted in a secular rebellion of popular-campesino origin. This explains why the immediate empathy of the anti-canal campesino movement with the young university students and urban residents who suffered the onslaught of the dictatorship from April 18 was not accidental.

Also, the rebellion and resistance of the Monimbó neighborhood in the face of massive human rights violations are inscribed in this register of indigenous, campesino and popular dignity, before the aggressions of a dictatorial regime that resists dialogue because it does not want to be judged by its victims. And there is Ortega’s dilemma: a dilemma of his own misgovernment.

The political crisis in Nicaragua today demonstrates in a certain way the presence of an extended twentieth century: with the indelible legacy and frank combustion of the three political movements that marked the national consciousness and the possibility of imagining a different society, free of dictatorships, containing the foreign intervention and the arbitrary power of the central State over the citizens that inhabit its margins, especially peasant-indigenous and afro-descendant.

In the midst of all this, Nicaraguan youth began to demand accountability for inheriting a country where impunity is “queen and mistress” of their home-country-hostage and where the multiple injustices are boastfully walking, with their backs to history.

The possibility of creating the necessary consensus to (re) build a democratic order that will help us get out of the current political crisis will depend on how the whole of Nicaraguan society confronts and responds to the pending matters of the past, including the search for justice, truth and not repetition for the last and past deaths, and for other so many infamies that we believed buried in oblivion.

It is not enough to ask for forgiveness. If we do not settle accounts now and forever, they will return as Dantesque demons in a perpetual nightmare and the outstanding issues of the twentieth century, which still does not end, will be lengthened.