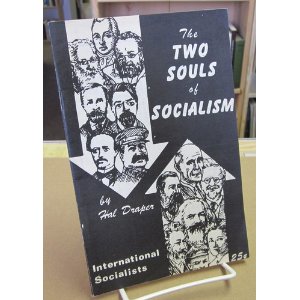 HAVANA TIMES, April 2 — The justified popular rejection of the “socialist” model that existed in the USSR and Eastern Europe and its versions in China, Vietnam, North Korea and Cuba, is a reflection and cause of the loss of credit that the ideas of socialism as such have undergone.

With the devaluation of the socialist idea, socialism has become confused with the all-powerful state.  It is as if the state was a neutral entity in the service of the people ignoring that in the last analysis, the existing states in their most fundamental structures obey the interest of the ruling class – be it big private capital (the famous 1%), or the bureaucratic bosses of the so-called socialist countries who control the one-party dictatorships ruling over the political system, the economy and the armed forces of these countries.

At the same time, the term “socialism” has also been applied to social democracy, which before having turned to neoliberalism in the last several decades, favored the regulation of the capitalist economy and the welfare state in the context of a political democracy.

At first sight, it would appear that social democracy and the Stalinist-bred Communism have nothing in common. But in his pamphlet “The Two Souls of Socialism”, Hal Draper shows how close these ideologies and practices are related, justifying their being classified as part of what Draper brands as “socialism from above.”

It is not for nothing that the book Political Parties – a classic of Political Sociology written by Roberto Michels, who coined the term “iron law of oligarchy” – was based on an analysis of the bureaucracy of the German Social Democratic Party (SPD) of the early part of the twentieth century. The social democratic bureaucracies have always depended on the demobilization and bureaucratization of social movements, especially the labor unions.

These bureaucratization processes from above are geared to seek the conciliation of the owners and managers of capital and to maintain economic and political stability in order to eliminate the risk of having to confront politicized people participating in militant democratic movements. For Draper this is the common denominator of social democracy and Stalinist-bred Communism: both are mortal enemies of self-management and working class, popular democracy.

The Two Souls of Socialism is also a masterful essay on the history of the ideas of democracy and collectivism. Going back to the distant past, Draper traces the historical development of two parallel traditions: one of a collectivist type that was not at all democratic, as in the cases of Plato and Pythagoras and much later of Thomas More, the ancestors of socialism from above; and the other tradition associated with popular democratic movements that were not collectivist, as represented by Catiline and the  Gracchus brothers.

It is with Thomas Munzer, the leader of the revolutionary left wing of the German Reformation, that a link develops between a social movement of the collectivist type and a profound democratic struggle, thereby establishing the basis for socialism from below.

Draper points out that this fusion between collectivist and democratic ideas culminates with Karl Marx, who begins this process with his first article polemicizing in favor of the absolute freedom of the press and the elimination of state censorship. For Draper, what distinguishes Marx is that he was the first influential socialist thinker who came to socialism through the struggle for political democracy.

The preoccupation with the relationship between democracy and collectivism leads Marx to criticize, for example, the social democratic German leader Ferdinand Lassalle for his idolatry of the state, and the French Saint Simon, one of the true precursors of Stalinism, for his obsession with industrialization, modernization and planning from above without any concern with democracy. It is paradoxical that the very ideas that Marx criticized in his left-wing rivals were later attributed to his own self. Draper’s pamphlet highlights this paradox.
—–

A personal note:Hal Draper was my political mentor, especially during the “hot” sixties at the University of California in Berkeley, when I was a graduate student in Sociology. Draper, who worked as a librarian at the University, was the most influential ideological guide of the “Free Speech Movement” (FSM) led by Mario Savio in the fall of 1964.

In the seventies, Draper became a well-known Marxist historian and theorist with the publication of the various volumes of his Karl Marx’s Theory of Revolution, and other books that dealt with such important themes as the myths and distortions of the concept of the “Dictatorship of the Proletariat” in the thought of Marx and Engels.

(*) Samuel Farber was born and grew up in Cuba and is the author of various books and articles about the Cuban Revolution, including his most recent Cuba Since the 1959 Revolution. A Critical Assessment (Haymarket Books, 2011)

8 thoughts on “The Two Souls of Socialism”