“We are not among those communists who are out to destroy personal liberty, who wish to turn the world into one huge barrack or into a gigantic workhouse. There certainly are some communists who, with an easy conscience, refuse to countenance personal liberty and would like to shuffle it out of the world because they consider that it is a hindrance to complete harmony. But we have no desire to exchange freedom for equality… [Let us put] our hands to work in order to establish a democratic state wherein each party would be able by word or in writing to win a majority over to its ideas…”     — Marx and Engels* 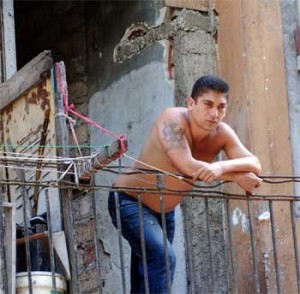 HAVANA TIMES — It’s increasingly apparent that one of the great tragedies of the left is the sectarian idea that the emancipation of the workers is the work of enlightened, adept and daring groups or individuals and not that of the workers themselves, as was formulated in the “Communist Manifesto.”

That idea leads directly to contempt for democracy and for the working-class majority; moreover, it feeds the notion of golpismo (“coup d’etat-ism”), violence and vanguardism, and fosters the imposition of authoritarian minorities.

This whole vanguardist understanding of socialism — even prior to “Leninism,” which under Stalinism became the revolutionary doctrine of the twentieth century — is one of the main causes of “state socialism’s” disastrous attempt to impose change from above, which was incapable of transforming the wage-labor production relations that typify capitalism. This therefore generated nothing more than state capitalism – and its worst kind: state monopoly capitalism.

For sectarian communists in the early twentieth century, the whole idea of ??coming to power through democratic means had a merely reformist sense. Communist participation in bourgeois parliaments was a question of tactics, not something strategic. This idea became accentuated after the victory of the Chinese Revolution in 1949. 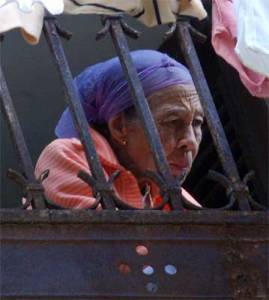 When the Cuban Revolution triumphed 10 years later, it came to power by violent means. In this, the Communist Party was not the dominant force, nor was the establishment of socialism the goal that united the people.

However, the principal figure and a few others in the guerilla army did in fact share some basic notions of “Leninism.” This precipitated the merger of the organizations that had participated in the struggle against Batista, all under the direction of the leader recognized by everyone.

The “Leninist” type “communist parties” and their principles of “democratic centralism,” (subordinating the lower bodies to higher ones) became the practice in vertically run organizations where the Central Committee was subordinated to the dictates of the Politburo and this to its General Secretary. Centralism thus converted democracy into a formality.

It remains an essential feature of the system and its operational concepts. But this type of organization has much to do with personality.

That manner of understanding “democracy” in the party was translated to the political system and through this came efforts to institute the “dictatorship of the proletariat” (but less violently) by socialist-leaning governments in the twentieth century. In Cuba, we even have an article in the constitution that recognizes the Communist Party as “the highest leading force of society and of the state” – violating its own precepts of popular sovereignty.

Contempt for democratic principles (which, like  human rights, are neither bourgeois, slavocratic or socialist) by the different sects of “communists” who believed themselves to be the representatives and conquerors of the emancipation of the wage workers — and who continue to believe this — was one of the major causes of the rejection of “socialism” by large segments of the population everywhere.

The “anti-communists” (those who rejected “Marxism,” those who wanted to know nothing about “socialism”) multiplied in all countries, especially in the “socialist countries” themselves.

Of course imperialist propaganda took advantage of this to disseminate, distort and exaggerate all of the anti-democratic nonsense, which naturally generated sectarian conceptions of socialism that had nothing to do with Marx – a defender of democratic principles within a system of political and human relations. 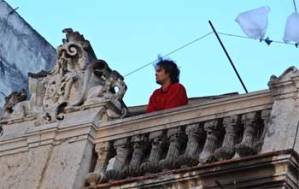 No one did more for anti-communism than the undemocratic “communists” themselves.

The Stalinists — since Lenin never spoke of “Leninism” — named their theory “Marxism-Leninism” to claim continuity between the dialectical, revolutionary and democratic ideas of Marx and the practical activities of Lenin and his followers. But the truth is that there was a great distance between their theory and those thinkers.

The authoritarian form of understanding socialism prevailed under this so-called “Leninism” — invented by Stalin — without recapitulating how Lenin himself acted in this specific situation (he was also increasingly isolated from the leadership of the Russian Communist Party due to his illnesses).

Nor did the Stalinists take into account that in the last years of his life, Lenin had become a critic of the bureaucratic state formed by the Bolsheviks in Russia and he defined socialism as existing in cooperatives.

During Lenin’s lifetime, Rosa Luxemburg criticized the authoritarianism as well as the lack of democracy and freedoms of the Russian Communist Party: Freedom is for everyone, or it’s not.

If such “Leninism” was full of inconsistencies in Russia, it has made even less sense to attempt its application under totally different conditions.

This criticism isn’t directed at the Stalinists (indeed none of them even call themself by that name): it is aimed at their ideas, their actions and their anti-democratic conceptions.

The core of Marxist socialism is its historical and dialectical conception of the revolutionary movement.

This includes its criticism of the essence of capitalism as a system of wage exploitation, its belief that the emancipation of the workers is the task of themselves, as is the development of forms of production that are free of exploitation, its democratic and anti-sectarian vision of the socialist movement, its conviction that the state would tend to die out and its deeply humanist perspective of its precepts.

Everything that diverges from these generalizations can be anything except Marxism.

Moreover — and especially — anyone who denies the democratic character of the ideas of Marx is lying.

All of Marx’s political action was directed at explaining to workers their condition as exploited subjects and their ability to free themselves. He never tried to impose his “Marxism” or any specific type of organization.

He was a member of political movements, trade unions and democratic organizations, trying to coordinate their actions but never attempting to have them adopt a single, messianic, sectarian or exclusionary line.

One of his great commitments was to fighting against sectarianism, those who believed that a small group of enlightened thinkers could impose socialism. 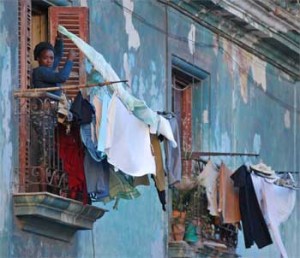 As a result, today that is one of the great lessons that those of us who believe ourselves to be Marxists must come to terms with.

The Cuban revolutionary process is today facing the consequences of sectarianism, a one-party vanguard, the lack of democracy generated by the “Marxist-Leninist” notion of the “dictatorship of the proletariat,” and the vision of socialism based on the state (directed from above and with the absolute dominance of state-run wage-labor enterprises).

Unfortunately, within the core of the Cuban left, sectarianism continues to prevent the formation of a broad and democratic common front that is needed for true socialism.

Today, President Raul Castro demands “greater democracy for the party and society.” It’s necessary to help this phrase of his to become a reality. This would be a modest contribution.

This is why there exists the commitment on the part of many communists, socialists and revolutionaries in general to democratize the current political system and society, to make them more representative – like Marx and Marti advocated.

Convinced of the deep democratic character of revolutionary Marxism, today — along with Marx and Engels — we repeat: “[Let us put] our hands to work in order to establish a democratic state wherein each party would be able, by word or in writing, win a majority over to its ideas…”
—–
(*) From the declaration of the German “democratic communists” in Brussels, organized by Marx and Engels in 1847, during the discussions that led to the formation of the Communist League and the publication of the Communist Manifesto a few months later.