The following is a review of Philip Peters’ A Viewer’s Guide to Cuba’s Economic Reform. 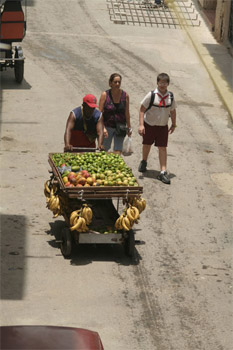 HAVANA TIMES — This is a comprehensive account of the economic changes that have taken place in Cuba since Raul Castro assumed power that was prepared for the Lexington Institute by Philip Peters, an expert on Cuba.

It describes in detail the economic measures adopted in recent years, ranging from the growth in self-employment to policy changes in agriculture and tax reform, and contains a summary and “A Viewer’s Guide” that groups the changes by economic sector. The appendices include a detailed chronology of those changes.

As informative and useful as it is the report lacks perspective. It doesn’t ask, for example, whether the thousands of tiny businesses that have recently opened in Cuba are conducive to an economic take-off. Peters does not analyze the impact that different policies are likely to have on the Cuban economy.

So, for example, the Cuban government has authorized private farmers to sell directly, without going through the government, to tourist enterprises. This policy may be of greater consequence than the sprouting of thousands of tiny businesses.

Assuming that farmers can acquire the inputs and transportation necessary to take advantage of this opening, this measure could have substantial consequences, such as raising prices for Cuban consumers and encouraging the growth of new prosperous strata of private farmers, truckers, distributors.

The reforms approved at the sixth congress of the Communist Party of Cuba (PCC) in 2011 include the possibility for state enterprises to declare bankruptcy and their being privatized or converted into cooperatives, and the freeing up of some prices, which would lead to price competition among state enterprises and private firms. These measures would facilitate large-scale privatization for the benefit of enterprise managers as it happened in many other post-Communist transitions.

In light of these proposed reforms and given Vice President Esteban Lazo’s prediction in April of 2012, that private sector production will grow from five to 40-45 percent of Cuba’s GDP in the next five years, one would expect Philip Peters to have asked what kind of a state and economy is likely to emerge should all these changes be carried out. 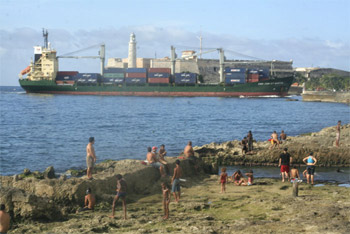 Is Cuba going to end with a model similar to Vietnam or China? It is unfortunate that the material so patiently assembled by Peters does not address this issue.

The report is written in a bland tone that plays down any criticism of the regime and places a positive spin, sometimes bordering on cheerleading, on Raul Castro’s reforms. What could pass for a very mild sort of criticism appears in the occasional sections titled “What to Watch?”, and it is often expressed in the form of questions, instead of stating directly what the author really thinks.

So, for example, instead of stating outright that the practice of limiting self-employment to only 178 occupations is a mistaken policy, Peters mildly “asks” whether the government will change its policy and allow for self-employment everywhere except, perhaps, for a certain number of occupations or sectors not open to private initiative. (p13)

When it comes to human rights, Peters becomes even more timid.  For example, he mentions the release of 2,900 common prisoners but does not explain that this is a rather small percentage (4.8%, a figure I calculated based on Cuban government data) of the total number of common prisoners in the island (26).

Cuba is still among the states with the highest rate of imprisonment, just a few countries below the United States, the world’s number 1 jailer. He also has a long section on the media (27-30) where he cites the diversity of views published in the Catholic press, plays up the occasional instances of investigative reporting in the official press and especially the complaints published in the weekly letters section of the PCC daily Granma.

However, he doesn’t even mention the systematic and widespread censorship that is practiced in the official media. 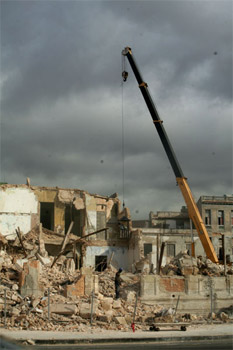 The Ideology Department of the PCC, headed by Central Committee member Rolando Alfonso Borges, “orients” the mass media, whose circulation dwarfs that of the Catholic press, as to what topics to cover and the political line to be followed.

This includes foreign events, such as in Syria, with its uncritical support for Assad, as well as domestic news that, for example, conceal the nature and extent of official scandals involving high government officials as in the case of the state airline Cubana de Aviación.

At the same time, it maintains a total silence about questions of national interest like what happened with the once celebrated fiber optic cable from Venezuela to Cuba, which the government promised it would greatly increase the connectivity of a very deficient system.

Giving credence to Raul Castro’s vaunted opening of the system to allow for public debate, Peters quotes him to the effect that “opposing views, when not antagonistic as in our case, are an engine of development.” This is an oxymoron especially in light of the fact that it is Raul Castro who defines what is and what is not “antagonistic.”

As Rosa Luxemburg pointed out, freedom is for those who disagree, and that freedom has very clear limits on the island. Similarly, Peters presents the discussions at meetings that preceded the sixth party congress in April of 2011 in a very favorable light as having allowed for the open airing of grievances.

He does not even consider whether this was a truly democratic process. He ignores that in the first place, the official party media had the exclusive control of what and how to report on what transpired at those meetings; that the people who participated in those discussions had no organization of their own, nor were they allowed to communicate and organize on behalf of their grievances with people participating in discussions in other workplaces.

As a result, the participants confronted the organization of the rulers, that is, the PCC, as isolated groups. Instead of having been a democratic debate, this process was far more akin to a nationwide suggestion box. The PCC leaders responded to the thousands of opinions that the Cuban people submitted to them much like the managers of a capitalist enterprise who implement the suggestions that they find most helpful to run their business. 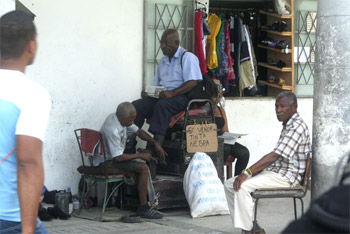 The report was sponsored by the Lexington Institute, a think tank located in Arlington, Virginia near Washington that seeks to advise the empire’s policy makers, particularly on military and defense matters. A look at the Institute’s website displays works on matters such as “Modernizing the Department of Homeland Security Aerial Fleets” and “Should the Chinese Be Allowed to Buy Hawker Beechcraft?

It is good news because it suggests that sections of the empire’s policy advisers no longer fear the blackmail of the Cuban-American right wing and have stopped justifying the criminal economic blockade among other aggressive actions taken by the U.S. against Cuba.

It is bad news because this group apparently supports a Cuban transition oriented towards liberalization, especially of the economic system, with political concessions for elite circles such as secular and Catholic intellectuals, and is at best, unconcerned and, one expects, hostile to the democratization of the economy – in the sense of worker self-management – and the polity – in the sense of freedom to organize politically, abolishing the one-party state, and creating a truly open and democratic mass, and not merely elite, media.

The politics of the Lexington Institute is bound to carry weight if an end of the blockade is brought about not as a result of a principled recognition of Cuba’s right to self-determination against foreign interference but, much more likely, as the outcome of a real-politik negotiated transition from above between Washington and a Cuban government probably headed by Raul Castro’s assigned successors.
—–

(*) Samuel Farber, the author of this review, was born and raised in Cuba and is the author of many books and articles dealing with that country. His most recent book is Cuba Since The Revolution of 1959. A Critical Assessment  (Haymarket Books, 2011).