There can’t be a rapid flow of traffic, free of blockages and back-ups in the city, unless there’s some regulation of the vendors along the highways. 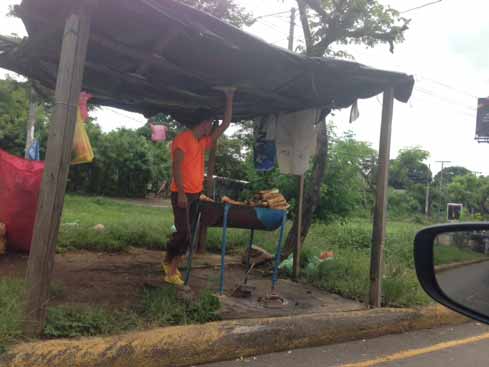 HAVANA TIMES – Every day we read about the marvels that are coming to Managua to alleviate the blockages and traffic jams: overpasses, widening of the Juan Pablo II highway, bicycle lanes, etc. It all sounds lovely, but the Mayor’s office has to turn its eyes towards how to maintain the functionality of these modernized, widened roadways.

Despite the “4%” unemployment rate cited in the official statistics, the reality is a proliferation of improvised stands at the edges of these new and modern connecting roadways. From morning until night, drivers stop to buy ears of corn, or cheese, or corn pastries or fruit, without a thought for the traffic jams they cause. 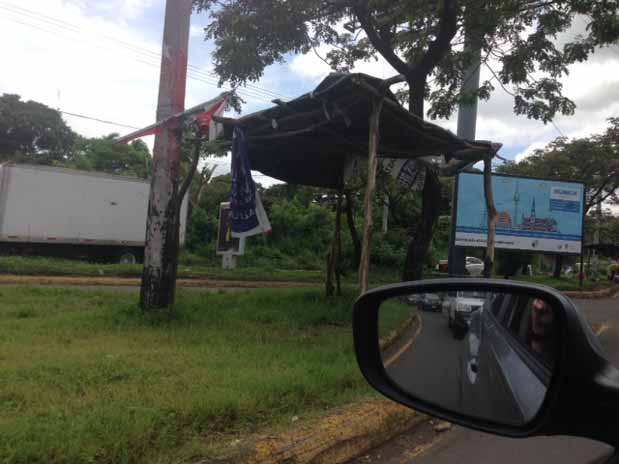 Things went well for those that began the business, and the copycats didn’t stand around waiting. Since no one is in control, they set up their own stall a few meters ahead of the “original” sellers to take away their business. At least so it seems, although then again it’s possible that they’re all from the same family.

What’s certain is that there are four or five sweet corn stalls now blighting the highway, ugly structures composed of four posts with black plastic stretched across them. The stalls frequently slow down traffic; once a car stops, they have to pass the corn to the driver, take the money, and give back any change. During all that time, the person who’s going to eat the corn holds up the line at the evening rush hour.

Something similar occurs at the exit to the new highway to Leon. The sales of cheese, tortillas, and now of eggs, corn pastries etc. has narrowed the right lane of the highway so that at the hours of heaviest traffic there’s only one lane open to Leon or to the South highway. The other is occupied by parked cars buying cheese or other products in the little stalls along the edge of the road. These little businesses have prospered, no doubt – now they’ve even opened a small restaurant.

However, the lack of regulation from the Mayor’s office for the establishment of these businesses beside the highways, right at the points of greatest traffic circulation, is dangerous. Along these roads, where traffic is supposed to be flowing freely, suddenly someone stops to buy cheese, and the sudden stop causes the rest of the cars to brake without warning, increasing the risk of accidents. 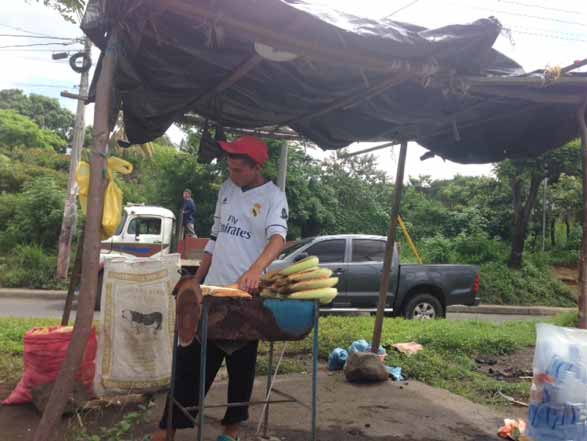 What can be done so as not to hurt the small businesses or the drivers? Well, maybe some planning. Knowing this tendency of the Nicas, the Mayor could arrange small turnouts in certain strategic places along the highways, and then sell the right to put quick sales outlets there. They could even have the business people adapt their stalls to a simple design, and in that way protect the aesthetics of the surroundings and salvage something from that idea of “living pretty.”

These regulations are urgent, especially if Managua is going to begin to construct a better system of highways or freeways. There can’t be rapid traffic and a system that frees the city from stoppages and jams at the peak hours if they don’t regulate the vendors that pop up with no control and slow the traffic circulation that costs millions to organize.