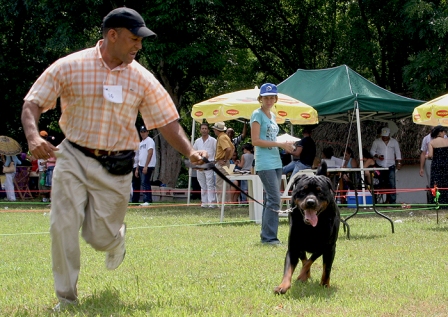 HAVANA TIMES, August 22 — The summer edition of the Cuban Kennel Federation’s national championship took place in Havana on August 7 to 8.

Some of these animals require extreme care, almost like babies, while others are treated as if they were Hollywood movie stars.

They travel with an entire team that includes stylists, trainers and caregivers.

Some are kept in cages until the moment of the competition so that they don’t get soiled in the grass or dirt.

This year a Malinois (Belgian Shepherd) went home with the “puppy award” from among all the breeds, as a Yorkshire won the grand champion prize for its breed, a beautiful long haired race.