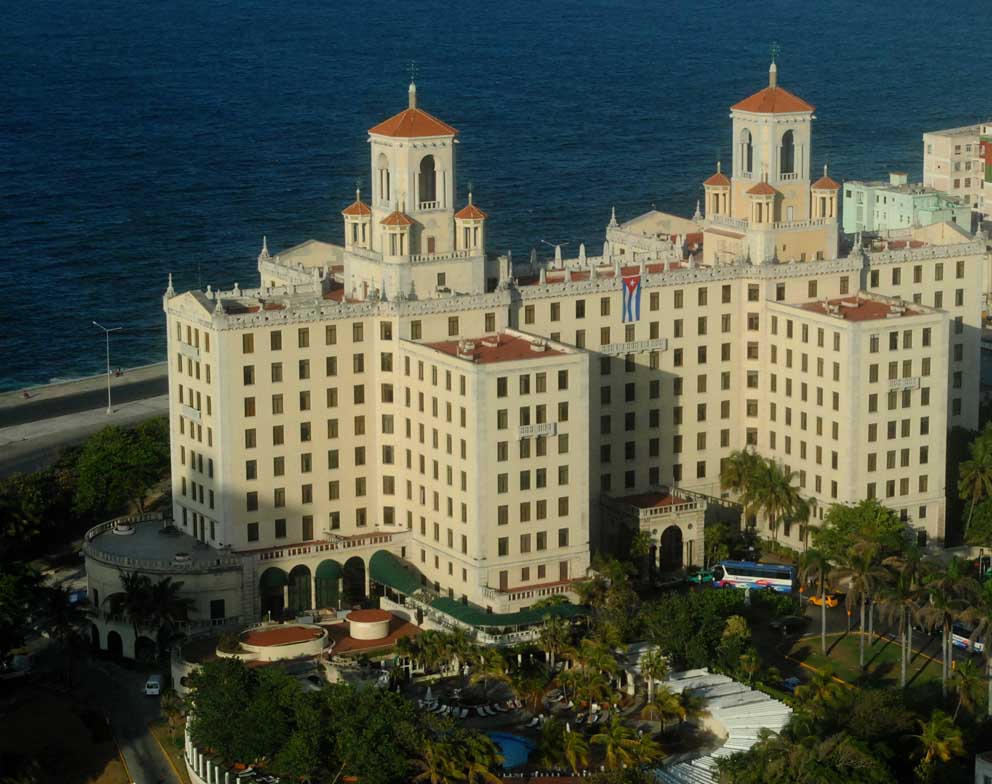 HAVANA TIMES, 21 June — Riding along Havana’s seaside Malecon Avenue, one will discover a unique building constructed in 1930 that today still continues to attract locals and visitors alike.  The emblematic National Hotel of Cuba sets atop an elevation looking out toward the Caribbean Sea while accompanied by a mysterious aureole and legends.

Its walls guard the memories of famous visitors – personalities in the worlds of art, politics, business, literature etc.  The names include Marlon Brandon, Jorge Negrete, Galician Romulo, and Winston Churchill, as well as the mobsters like Lucky Luciano and Frank Costello, who from their rooms must have enjoyed the colors that tint the sky at dusk.  Perhaps Jean Paul Sartre and Simone de Bouvoir didn’t allow the beautiful views of the city to escape, sights like the old Morro fortress and Havana Bay.

People still talk about the scandal involving Josephine Baker, because black people were not allowed lodging there, though there were also the tremendous performances by black singers such as Nat King Cole and Bola de Nieve.

The hotel’s attractiveness not only responds to the bygone epoch when Ava Gadner walked through the lobby or when Maria Felix used to sign autographs at the entrance.  Today it continues as much frequented place.

Its gardens are meeting places for friends; its conference facilities serve as the headquarters for the annual Havana Film Festival and its Parisian cabaret is adored by visitors for the music that’s presented, as the hotel continues to be tied to the arts and artists.

It’s also said that the prices of the rooms are very expensive, as this is a deluxe hotel with a long history.  Featured here are several photos so you can see for yourself.