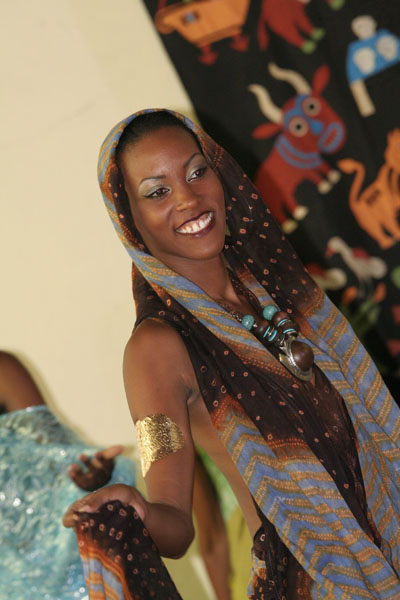 HAVANA TIMES — African Women’s Day was celebrated at Havana’s Casa de Africa (“House of Africa”) museum with a fashion show staged by US designer Januwa Moja. The models walked down the red carpet wearing garments permeated with elements from traditional African culture: textile designs, turbans and body adornments, all recreated by the imagination of the designer.

The fashion show was attended by a mixed audience and African women from the accredited diplomatic corps in Cuba. Fashion designer Moja incorporated modern elements into every piece. The graceful use of the turbans by the African women and the textile designs made the show a veritable success.

This is the second fashion show to be staged at the museum. On this occasion, Januwa Moja donated three garments bearing images of African independence heroes, Che Guevara and US civil rights leader Malcolm X.

African Women’s Day was established during a meeting held in Dar-Es-Salaam, Republic of Tanzania, on July 31, 1962. In 1974, the Pan-African Women’s Organization (PWO), which promotes the social integration of African women, was created.

The date makes us reflect on the situation of African women, who continue to be marginalized by a patriarchal society which barely acknowledges the role women have played in Africa since antiquity, or their participation in the African continent’s struggle for independence from colonial rule.