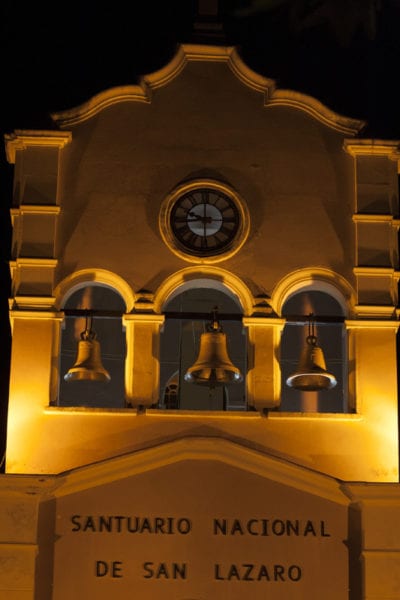 HAVANA TIMES — Though Havana’s El Rincon shrine welcomes those who worship Saint Lazarus throughout the year, it is without a doubt the 17th of December, the official date of tribute to the saint, that sees the largest volumes of people there.

Many are the stories about the miracles worked by this saint that people share. Alicia told me everything she did while pregnant with her small child, and how she takes him to El Rincon every year. The child’s garments and shoes, made of burlap, were hand-crafted by his father. Rosa had no faith whatsoever, but her mother, a practitioner of Santeria who was initiated following the traditional rituals of old (back when the discretion of priests was the guiding premise) did the impossible to prevent the death of her 9-year-old granddaughter, who suffered a car accident and almost had her right leg amputated. Time passed and the girl’s leg was saved, after it was revealed during an ita ceremony that her guardian saint was Saint Lazarus. Since then, the saint is worshipped every December 17.

As usual, the presence of children at the shrine is evident this year, as is that of Red Cross members, ready to come in the aid of those who drag themselves across the ground to fulfil their promises to the deity. 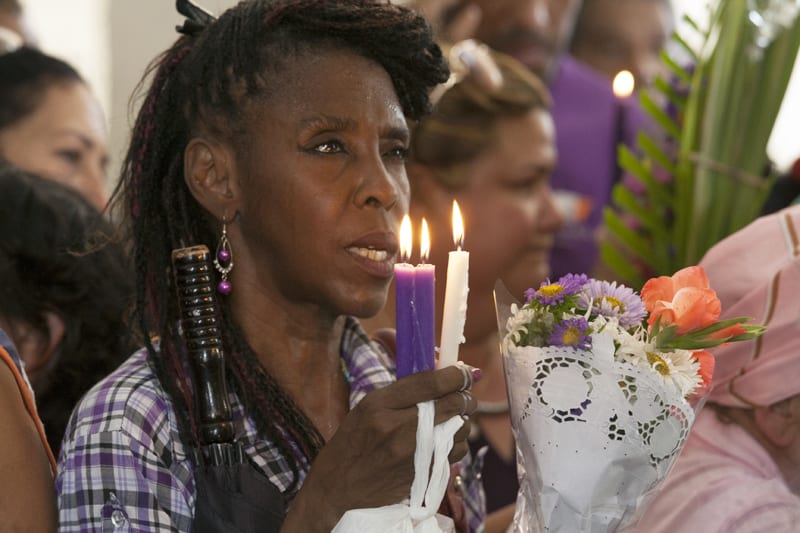 Manolo, an elderly man who suffers from a skin condition and leg pain, visits the shrine a few days before the festivities to fulfil his promise of taking all of the coins he comes across during the year to the miracle worker. He claims his condition has improved. At dawn, he heads over to El Curita Park to take the bus that will take him to the shrine.

The religious fervor of Cubans is everywhere to be seen on the 17th. The devout, those fulfilling promises and beggars mingle with the large crowds.

Luis has been begging for change for years in the name of Saint Lazarus. He drags himself across the streets and avenues with a stone tied to his leg and a small, wooden cart with an image of Saint Lazarus inside. Passers-by and people in cars throw coins at the man, who seems to have lost his wits.

Religious processions in Cuba are seen at different points throughout the year, and the pilgrimage to the El Rincon shrine seems to draw more and more people every year.