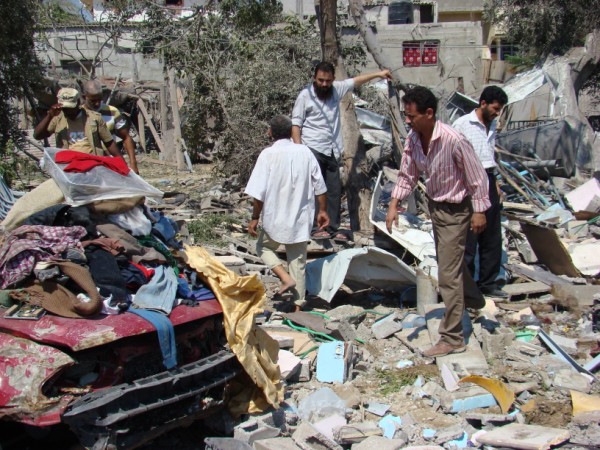 HAVANA TIMES, August 20 — On Friday afternoon I hired a car with another woman and went around Gaza to see some of the devastation wrought by Israeli attacks overnight.

We were warned it might not be safe, as we drove to the accompaniment of the humming of drones, and the distant roar of F16s and occasional explosions.

This photo essay is only a little of what we saw, and it is impossible to convey the feelings of anger, frustration and rage mixed with overwhelming sadness and grief at the wanton destruction and human suffering we encountered. And this is only Day One of Israel’s latest claim to shame.

Despite Hamas, the Popular Resistance Committees, and every other Gazan organization denying responsibility for the attacks in Eilat, Israeli authorities have cynically used the deaths of some of its citizens to deflect attention from its internal protests and problems to attack an innocent population in yet another blatant example of collective punishment in breach of international law.

These pictures show only too clearly the real targets of Israel – mosques, homes, businesses, parks – and innocent people.

The international community – and especially the United Nations – cannot and should not be complicit, through their inaction, in the shedding of any more Palestinian blood.

There is absolutely NO justification for the current attacks on Gaza, and the Israeli rogue state must be reigned in immediately.