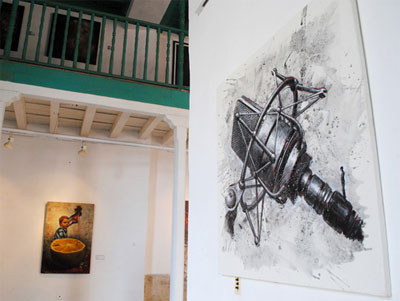 More than a dozen paintings, prepared in many different formats and techniques, most completed last year, can be seen until February 22 at Carmen Montilla Gallery, located at 162 Oficios St. between Amargura and Churruca Streets in Old Havana.

Herrera returns to the faces of children, cartons, chicks, sepia tones and the whites, blues of the Cuban flag, among others. Maykel attempts to reach the largest possible audience, and in doing so receives some criticism for the extreme sweetness and innocence of many of his works.