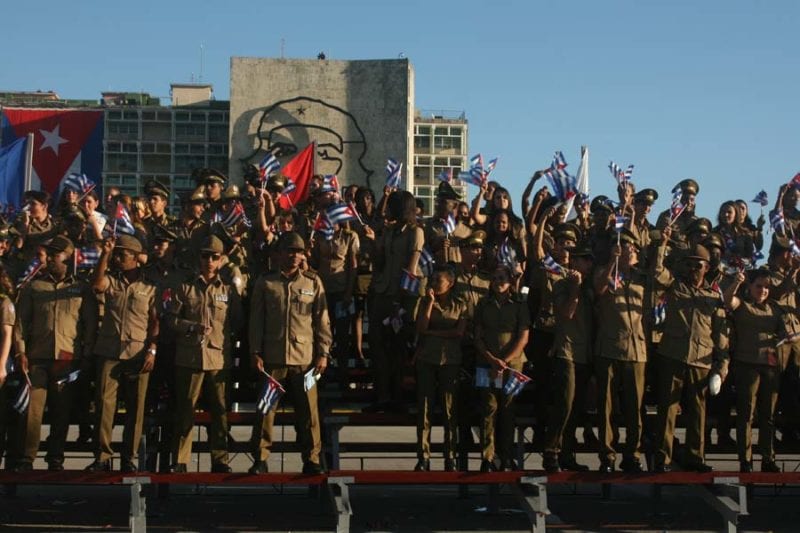 HAVANA TIMES – A military parade in the emblematic Plaza of the Revolution of Havana took place on Monday in part to recall the recently disappeared Cuban leader Fidel Castro, dpa reported.

The event was attended by Cuban President Raul Castro and the island’s political and military elite who also celebrated the 58th anniversary of the triumph of the Cuban Revolution.

“Cuba is not going to give up any of its principles,” said Jennifer Bello, president of the Federation of University Students (FEU), the only speaker of the day.

Without referring directly to US President-elect Donald Trump, the student leader assured that “much more remains to be done” in restoring diplomatic relations with the United States and predicted that the process “will be long.”

The march opened with the firing of a 21-gun salute and the first block of marchers was comprised of a cavalry grouping that symbolized the Mambi Army, which in the 19th century fought the war of independence against Spanish colonialism. 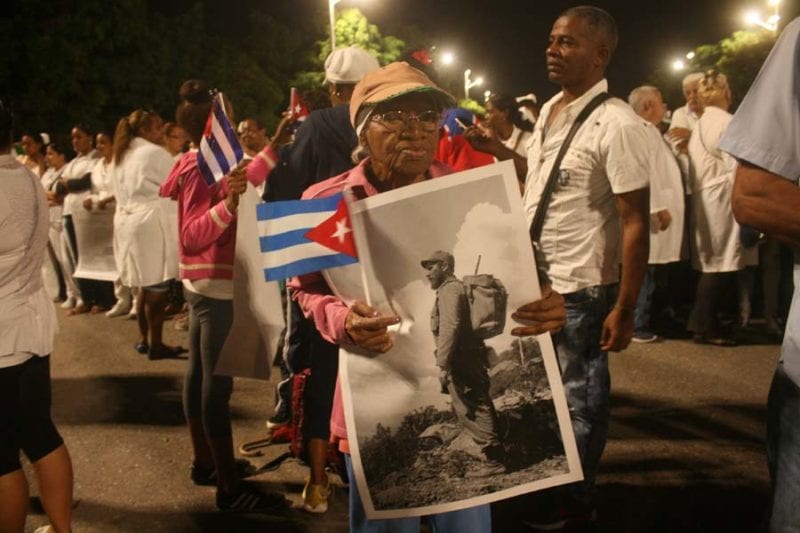 The military review did not include any military equipment, as it did in previous editions of 2006 and 2011, and focused on a representation of all of Cuban military bodies.

Surrounded by children, the parade included a replica of the yacht “Granma” in which in 1956 Fidel Castro traveled from Mexico together with 82 guerrillas to start the fight against the dictator Fulgencio Batista.

Among the guests at the event were the family members of the deceased Fidel Castro, including several of his children and his widow Dalia Soto del Valle.

Also present was the head of the Revolutionary Armed Forces of Colombia (FARC), Rodrigo Londoño alias “Timochenko”, and Luciano Arango alias “Iván Márquez”, who was the chief guerrilla negotiator during the Colombian peace talks held in Havana.

Initially, the parade was scheduled for December 2, but was postponed because of the death of Fidel Castro on November 25 at the age of 90.

4 thoughts on “Military Tribute in Cuba for Fidel Castro”