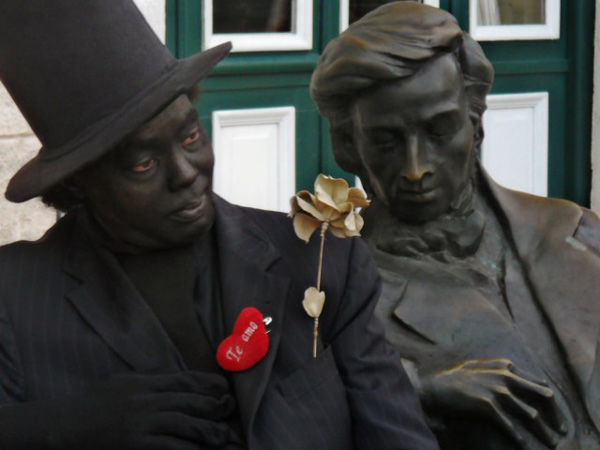 HAVANA TIMES — “Living” or “human statues” have become a veritable socio-cultural phenomenon in many cities around the world. In Havana, they have been a popular form of street-art for quite some time, particularly in the busier parts of the old town.

One of the chief merits of these performers is their ability to remain motionless for extended periods of time. This motionlessness is interrupted for brief instants, when a spectator offers the artist a coin for his performance or in order to take a photograph of them.

These talented makeup and performance artists gather at Old Havana’s Obispo pedestrian boulevard every day. Bronze workers, fairies, harlequins, a clay-person and even a pirate are some of the characters regularly seen on this street. 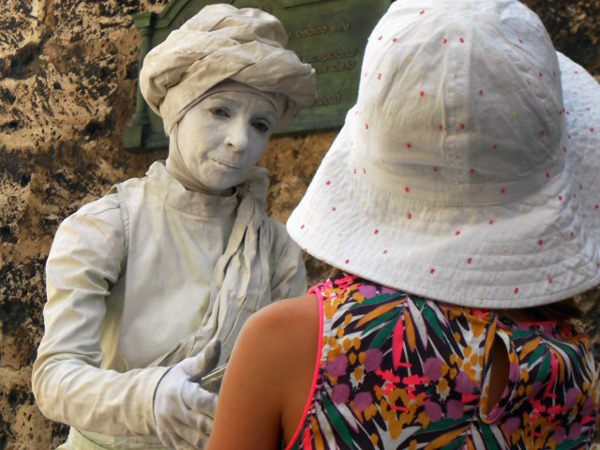 If we take a detour, heading down Mercaderes street towards Amargura, we will find Pepe River (alias “El Santiaguero”), one of the most renowned human statues in Havana. Not far, a talented black man competes with the charismatic man from Santiago de Cuba.

Some blocks away, in the vicinity of the Saint Francis of Asis Convent, the legendary Caballero de Paris (“Parisian Gentleman”) poses next to the actual bronze statue of this urban legend, a pioneer of these performances in Cuba and the most talented representative of this highly expressive street art. Occasionally, he is accompanied by a cellist and a woman dressed entirely in white who also attracts the curious with poems and jasmines.

Without a doubt, the streets of Old Havana would not be as charming without the magic of its living statues.