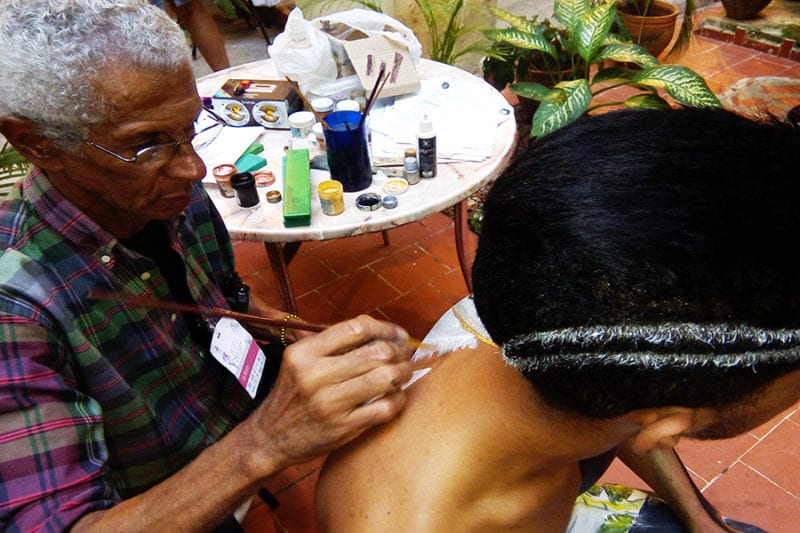 HAVANA TIMES — I met Orlando at one of those cultural events which are funded by Cuban institutions and where the visual arts coexist with dialogue in theory.

His simplicity accompanies his creative inventiveness. Self-taught, Orlando M. Nenninger Vasconcelos confesses that he likes to communicate with his audience via his sketches. Lines and colors have captivated him ever since he was a child. He is recognized as a visual artist who has found his way in art, drawing from his folkloric culture and the myths that surround magic-religious traditions inherited from African culture, which is a source of inspiration for his work.

He recognizes the strong influence that Wilfredo Lam has had on his artistic creations, he tries to unravel the images, lines and faces of the visual artist’s reformist work which he introduced with his creative conception of Afro-Cuban art, combining surrealism and cubism, which gains new dimensions in Orlando’s work, a signature style.

Orlando’s sketches depict an evolving world in constant tranformation just like Lam had imagined it. Mountains, ecology, Nature itself, magical realism are merged with everyday life. 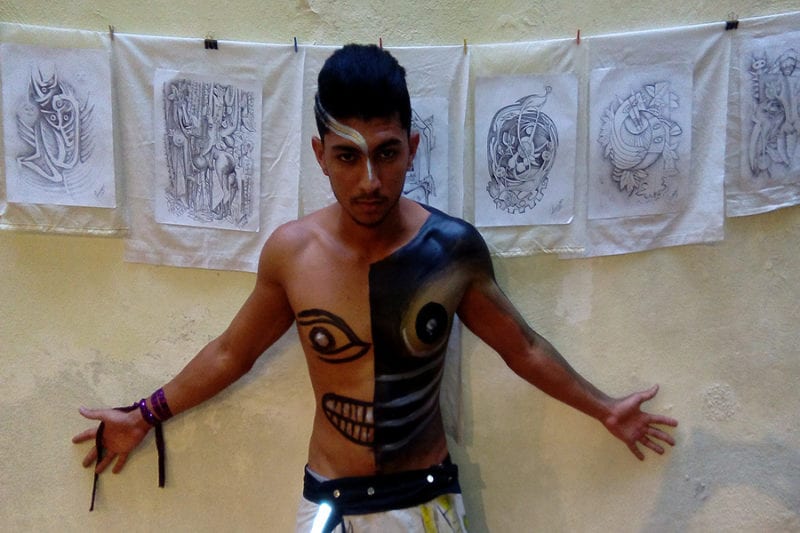 Establishing a distance from Lam, a pointillism technique is used to create his Africanized vision. His sketches on paper then gain life with slow movements and gestures, they adapt to reproduce the author’s abstraction, in an original way.

Young bodies serve as a canvas for the interpretation of his work, he paints and covers his models with different substances, who then take part in the art intervention. His pictorial style is combined with body art, body and painting fit in with the creation, improvization and harmonious aesthetics of live art.

The make-up artist’s hands give the finishing touches to the make-up and hairstyle that is used to highlight the model’s face.

He has been leading the Arte-Cuerpo project for 10 years now, which is a community project, involving a group of young people aged between 18 and 26 years old, women and men, interested in the runway and Body Art. 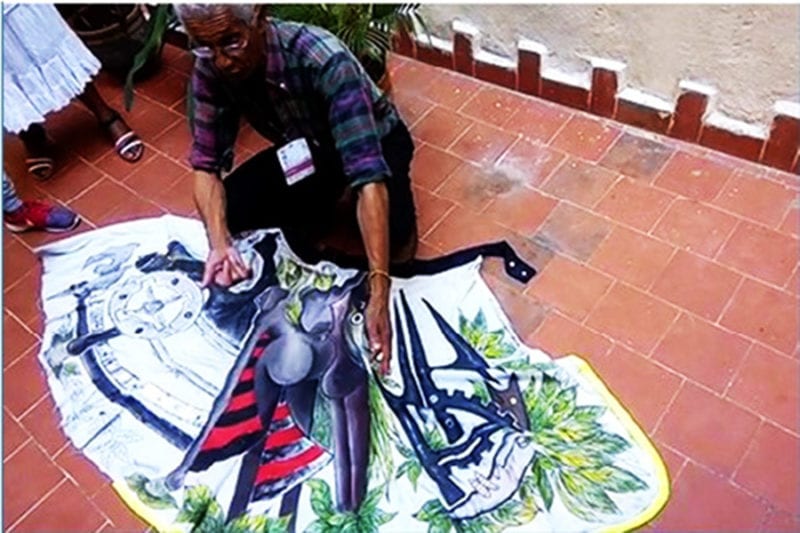 At 66 years old and a life dedicated to working with young people, Orlando not only teaches the art of walking the runway, but he imbues culture to these young people at the reserved space where he meets with his students on Wednesdays, Thursdays and Fridays, from 7-9 PM, at the Hairdressing Cooperative located on 66th Street, between 41 and 44th Streets in the Marianao municipality.

An expert in the art of sewing, he also makes shawls, shirts, shorts, and trousers which he then draws his art onto and which his models wear in the performance.

Music from the group Sintesis accompanies each presentation, a short-lived moment for these young people, which encourages them to go to Orlando’s meetings.