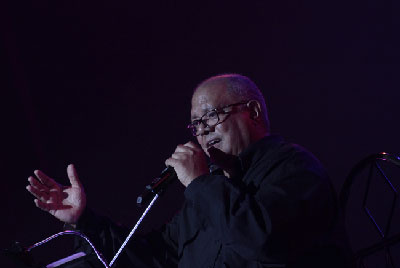 HAVANA TIMES — Pablo Milanes, one of Cuba’s most beloved singer/songwriters, returned to a packed 5,000 seat Karl Marx theater in Havana for an unforgettable one-night only concert on May 19th.

With a band of excellent musicians, for nearly two hours Milanes, 68, performed over twenty songs spanning a repertory of decades as well as three themes from a soon to be released album.

The audience, a wide mix of several generations, sang along to the songs they know like the back of their hands

One thought on “Pablo Milanes, a Spectacular Concert in Cuba”