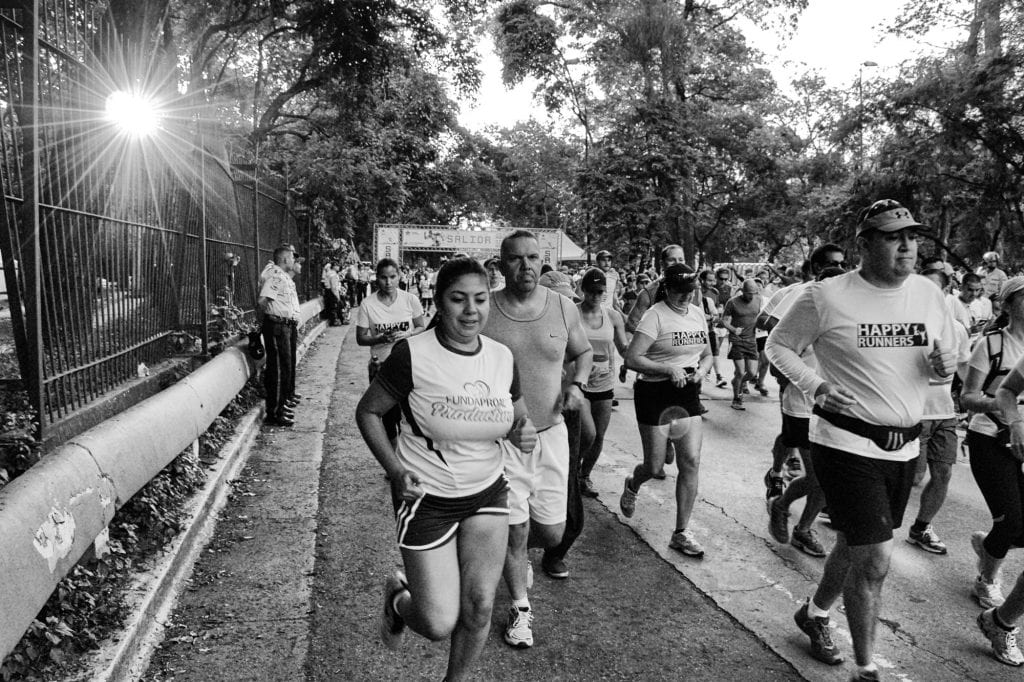 HAVANA TIMES — On the last day of July, I went to accompany the running enthusiasts who decided to run the Simon Bolivar Half Marathon in Caracas. I’d never imagined a sporting event on the District Capital’s streets, so I took that as enough motivation to leave my bed before 6AM in the morning on a Sunday.

The race began at 7 AM, after the normal gunshot, starting at Los Caobas Park and heading westwards. 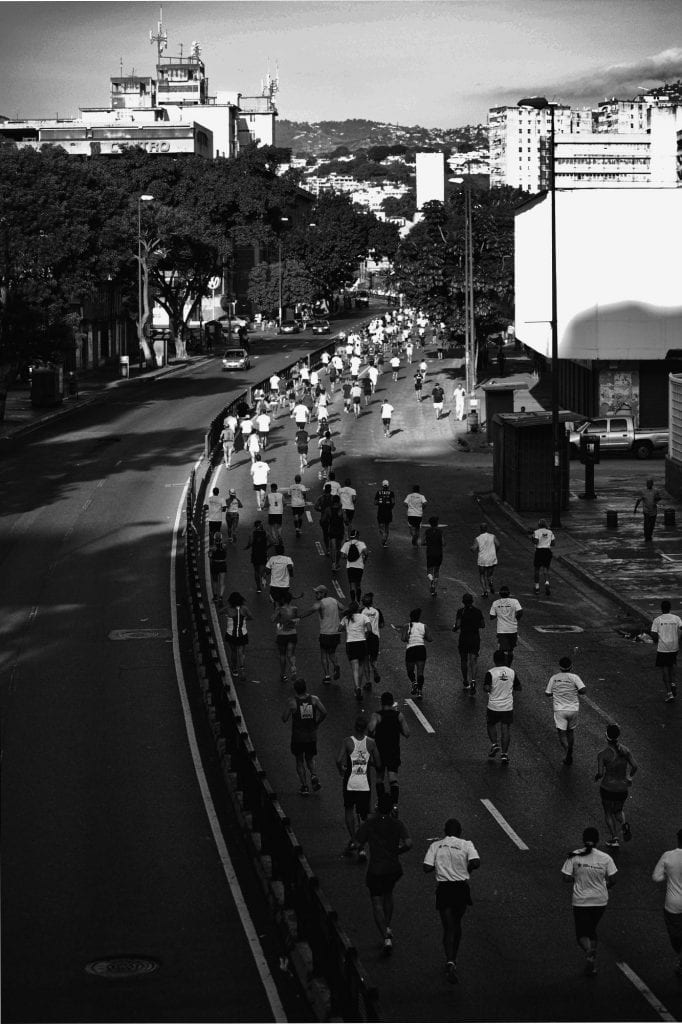 Following the course of the race, and then waiting for the runners at the finish line, I met Teresa Jimenez, a Colombian-Venezuelan woman who is almost 80 years old. She takes part in this marathon and in other sporting events every year, even though she was never a professional athlete. She is small and muscular; her skin doesn’t hide her age: that’s why I was surprised when I saw her stand out amongst the crowd, and I followed her so I could learn a little more about her.

This time she hadn’t had time to register for the half marathon and she didn’t really have any extra money to pay the 3000 bolivars for her registration, but she wasn’t going to let that keep her from coming, even though she was still recovering from a minor operation. The opposite of what I had thought, Teresa had never done any exercise throughout her life or at least for the most part of it; it was only 15 years ago when she began to take one of her granddaughter’s to swimming classes that she decided to start doing some exercise, so that she wouldn’t waste so much time whilst waiting for her granddaughter to finish her classes.

While she hydrated herself drinking juices that they were handing out to runners, Teresa warned me that she couldn’t talk for too long because she had to go to another one of her grandchildren’s baptisms in half an hour. I let her talk without asking her too many questions because after running 21 kms in two hours and ten minutes, I wouldn’t be in the mood to talk either.

She told me about her daily life and, as was to be expected, her financial situation came to light. Teresa was wearing a cap with the Venezuelan flag, with the distinctive February 4th sign; that distinguishes her as a Chavista. However she explained to me that she doesn’t like Maduro, who could like Maduro? In over 50 years that she’s been living in Venezuela she said she’d never lived a situation like the one we’re experiencing now. One of the other reasons she didn’t have time to register for the Half Marathon was because she spends hours waiting in line trying to get food. And it’s not just about waiting in line, she explains, you can’t even get food waiting in line, and the children need to eat.

Teresa always talks about her grandchildren, which is what worries her the most, forgetting that she too, as a 70 something year old woman, also needs to look after her own diet. In the midst of crisis, like in all financial crises, it’s the old people that most suffer, the first ones to die without anyone kicking up a fuss because it’s normal that you die when you’re old.

That’s why I’ll never forget Teresa Jimenez because she’s one of those people who doesn’t let herself be consumed by the crushing reality that authoritarian and corrupt governments impose on us; that when you’d think she should be overwhelmed by the great shortage of basic things you need to live, she takes to the streets to breathe in fresh air, to run and to live.

2 thoughts on “Running a Marathon with Teresa”