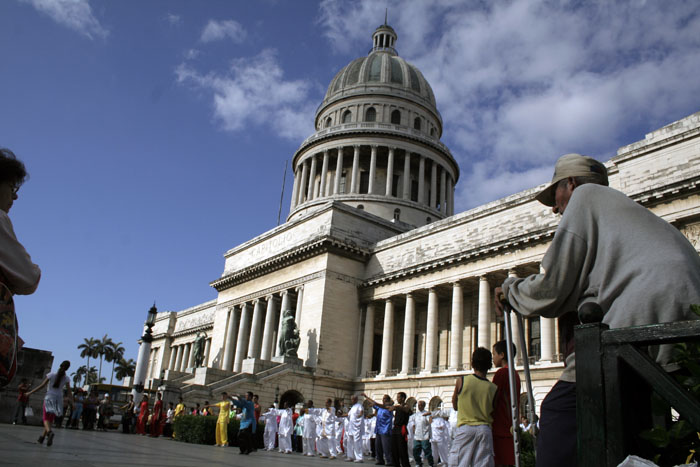 HAVANA TIMES, May 9 — The history of Havana’s “Capitolio” building is rather long and loaded with incidents that are not my objective of relating here.  This majestic building, which many say was built in the image and likeness of the Capitol Building in Washington D.C., was begun during the government of President Alfredo Zayas.  However, due to the difficult economic situation prevailing in those times, work was suspended in 1921.

In 1925, under the government of Gerardo Machado, the initial project was re-formulated and construction of the Capitolio reinitiated.  The plan was for it to house the two assemblies of the legislature.

Amid the great world economic depression and a situation of great famine in the country, this jewel of Cuban architecture was constructed at a cost of 17 million pesos (roughly $17 million dollars in that epoch), for which the Machado’s government was sharply criticized.

The imposing Capitolio building of Havana — where currently the Ministry of Science, Technology and the Environment is housed and which also functions as a museum — can be sighted from virtually any point in Havana.  Likewise, around it converge numerous streets from which the stateliness of the building can be observed.

From those diverse points of view, I offer this photographic work.  I will present the structure’s history in an upcoming feature.