JoJazz 2015 continues this weekend in Havana 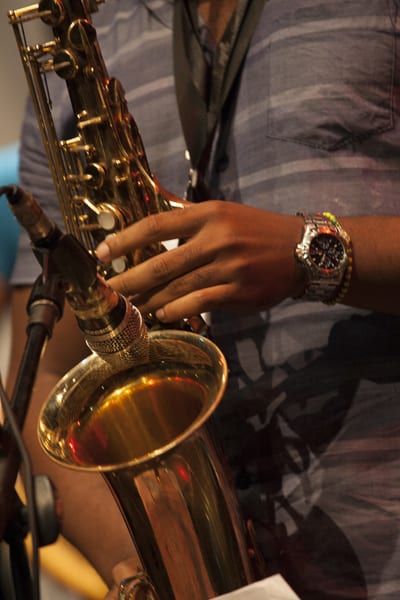 HAVANA TIMES — The eighteenth edition of JoJazz International Festival dedicated to young talents began on November 19th 2015, with the inaugural concert held at the Tito Junco hall of the Bertolt Brecht Theater, the main venue of the musical event this year.

Hector Quintana with his guests Emilio Martini, Roberto Carcasses and Wild Trio, were responsible for the opening of the competitive event, created in 1997 at the initiative of music producer and artistic director Alexis Vazquez.

JoJazz welcomes young musicians outside the Jazz Plaza festival. This year there are students of art schools and conservatories of Havana, Santiago de Cuba, Holguin and Camaguey, who share their experiences with young US jazz musicians.

The young jazz artists are competing in the different modalities for the categories of composition and performance. They have the opportunity to express their talents, playing well known jazz pieces or creations of their own.

The award and closing concert will be on Sunday Nov. 22 at the headquarters of the competition and will led by the winning artists along with the group Maracujazz, first prize in the 2014 JoJazz.

One thought on “Young Cuban Jazz Musicians Show Their Stuff”