HAVANA TIMES – There are many reasons you go to a park; sometimes, it’s to take a break from walking and to rest, while others go to feel connected to Nature, find peace and harmony. People also go to the park to talk to friends or have a picnic.

I don’t remember ever having been in Carlos Aguirre Park before, located on Mazon, Aguirre, San Jose and Valle Streets, near the University, and next to the university’s stadium.

It’s a large space, and you can see how the landscape changes from different points.

In the park, there’s a statue of a young man with a beautiful face and elegantly dressed. I can attest that people visiting this park have no idea who he is, or have even gone to the trouble of finding out who he is. It’s a shame that the inscription carved into the stone is illegible.

The water mirror is always dry, children play and run around inside. This neglect is characteristic of many of Havana’s parks, we sadly observe the poor condition of walls and sidewalks, trees cut down, unkept foliage, which only receives rainwater.

Carlos Federico Aguirre y Sanchez was born in 1901 to Charles Aguirre, a colonel of the Liberation Army, and Fredesvinda Sanchez, the sister-in-law to Oretes Ferrara, a diplomat who served under President Gerardo Machado and owner of the abode that then became the Napoleon Museum.

He was a very promising young man, who began studying his university degree at 17, and graduated with a Doctorate in Civil Law by the age of 23, with excellent grades. His parents gave him a trip to Europe as a gift.

It happened in Bayonne, France, on September 2nd, when he watching a bullfight. The stands were burning hot, the sun was at its highest point, and Straus, his friend from the US, was sitting next to him. The sun was bothering the young woman, so Carlos kindly gave her his seat.

The bullfighter fixed his eyes on the target, while the crowd fell silent, anxiously waiting. He headed straight for the bull and dug the sword into its nape. The animal began to shake to and fro, trying to get the sword out, and that’s when he managed to shake it loose with his sheer force, throwing it up into the air. But it struck Carlos straight in the chest, to everyone’s surprise, and Carlos died on the spot. The event became a sensationalist piece of news in local newspapers.

His body was embalmed, the funeral was held in the Main Hall at Havana University.

His father was so pained by his loss that he wanted to eternalize his memory and ordered a monument to be built at the hands of Italian artist Giovanni Nicolini.

It’s interesting to note that there are two enigmatic plaques under the base: the first is of a desk; the second is of a woman baring her breast and holding a sword; on the lower end, you can see the face of a man with closed eyes.

The original inscription, which I found in a newspaper article, reads:

“To Carlos Aguirre y Sanchez who was taken from us far too soon by an unbelievable tragedy when he was at the prime of his youth. His sharp mind and strong determination were a sign of undeniable grandeur.” 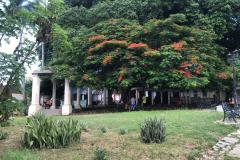 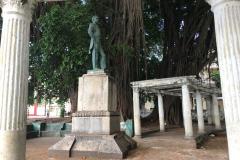 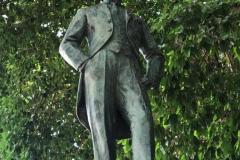 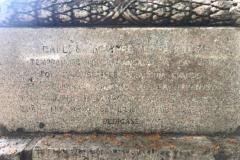 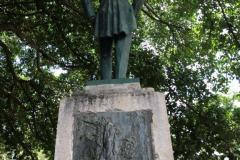 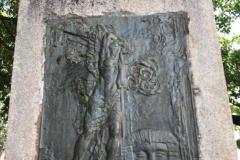 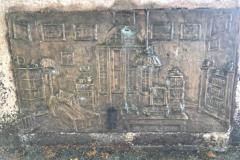 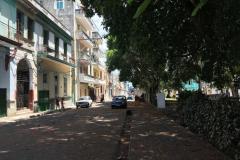 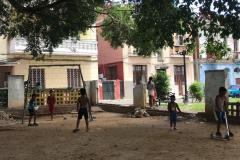 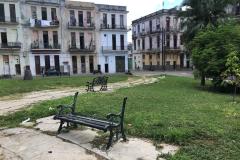 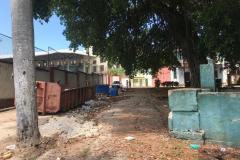 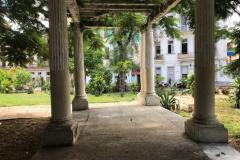 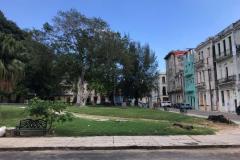 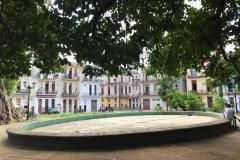 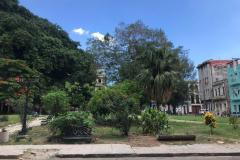 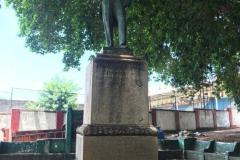