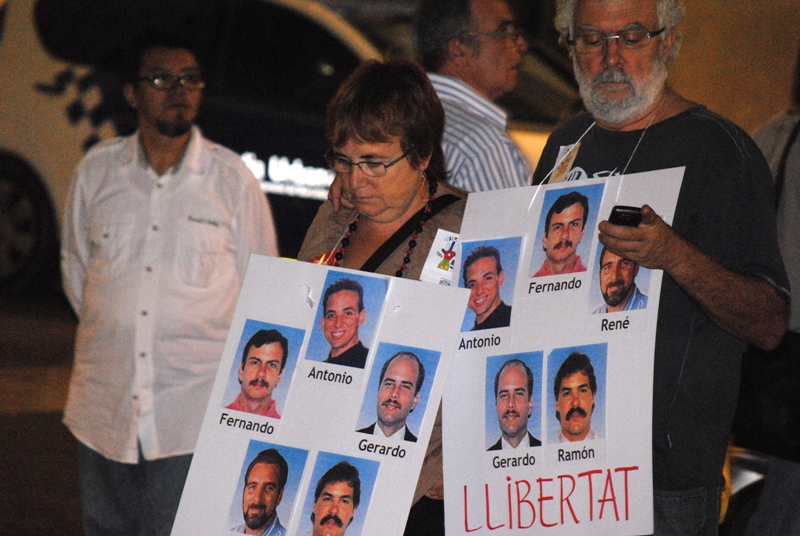 HAVANA TIMES, Sept. 13 — Dozens of people sympathetic to the Cuban Revolution assembled this past Saturday in front of the Barcelona, Spain city council offices to show their support for the Cuban Five, imprisoned in the United States for the last 12 years.

Participants at the rally chanted slogans, sang political songs and expressed their indignation for what they considered unjust sentences received by these men 12 years ago.

The rally was organized by Defensem Cuba (We Defend Cuba), which is made up of solidarity organizations in the Catalan province of Barcelona.

They were arrested by the FBI in 1998, convicted of conspiracy to commit espionage and in one case murder, and were given sentences that ranged from 15 years to double life imprisonment.