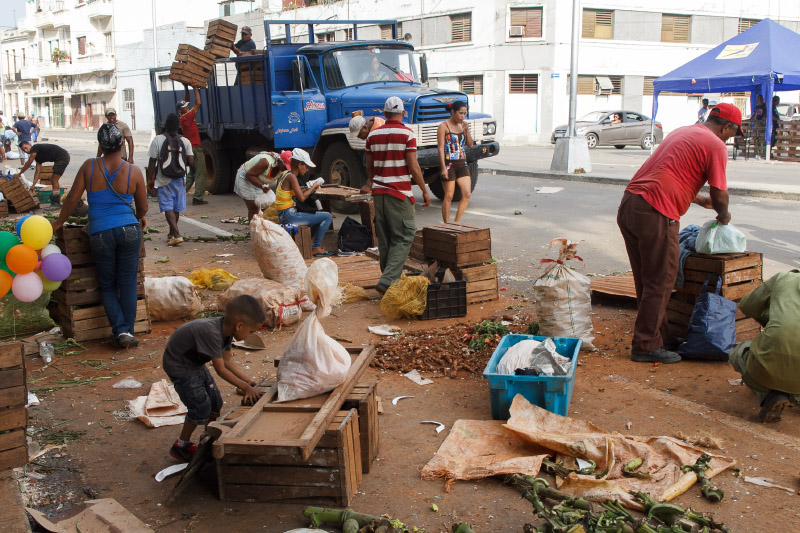 HAVANA TIMES — A day before the farmer’s market opened, I was talking with a friend and fellow Havana Times blogger about this fair, which is set up on weekends from time to time on Havana’s Zanja avenue, a place where a bit of everything – and particularly food – is sold.

He told me that he had criticized the fair in his post, referring to it as the “bread and circus” that Roman emperors used to give their people, explaining that, where there was nothing, anything that came along or any celebration that was held was welcomed as something extraordinary. 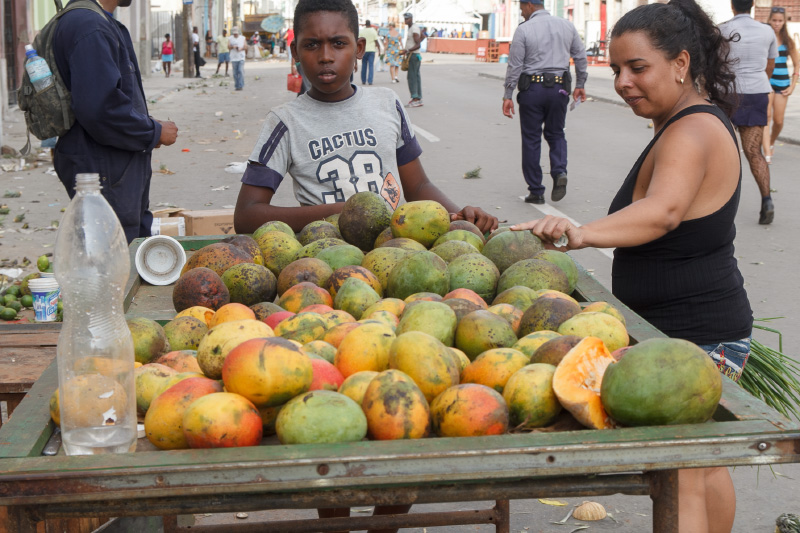 This fair is indeed like the Roman “bread and circuses”, a taste of the countryside in the city. This past Saturday afternoon, I decided to take a few stills of this improvised market, when nearly all of the vendors where selling the last remaining goods and gathering up what little remained, leaving behind corn cobs and pineapple cores, bare plantain stems, bits of cassava and malanga and empty cardboard boxes over reddish earth, right at the doorsteps of the locals, who looked in awe at the mess.

Near the end of my walk, I heard a patrol car’s sirens and saw several police officers running towards a street corner. I heard a crowd of people yelling, approached them and saw that they police had handcuffed a man. I didn’t ask what had happened. I thought only: “Show’s over. I wonder when the next circus will come to town.”

3 thoughts on “The Farmer’s Market on Zanja Ave., Havana”