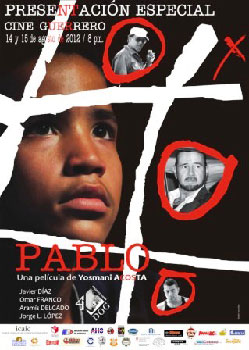 “Pablo” was the first full-length movie by Acosta and the first made in the central Cuban province of Camaguey.

See this Havana Times review of “Pablo” by Irina Echarry.