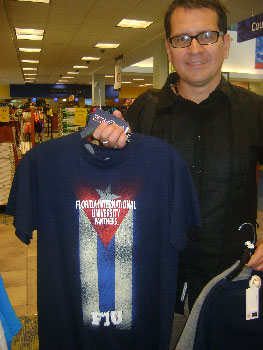 HAVANA TIMES — Friends, the editors of Havana Times and even some acquaintances – wondering about my recent silence over the social networks – have been asking me to write this feature for weeks.

The reason it took me this long to begin was, chiefly, that I was trying to convince myself I could write something different, something interesting, beyond the bounds of the conventional travel narrative or the reductive analysis of a complex society (like the United States), something like the first impressions a Gaul or Breton might have shared after visiting the heart of the Roman empire.

Now that I’ve made up my mind and started, I begin to sift through my memories in search of something about my journey that made a deep impression in me.

What I realize is that it wasn’t the breathtaking buildings, the way society is organized or the beautiful landscapes. Of course, it’s not that New York’s boisterous cosmopolitanism, Washington’s well-planned urban landscapes or Miami’s tropical ambiance did not appeal to me. It’s just that the odors, attitudes and beliefs that I perceived – or thought I did – in the midst of the colorfully diverse population of our northern neighbor were ultimately more interesting for me. 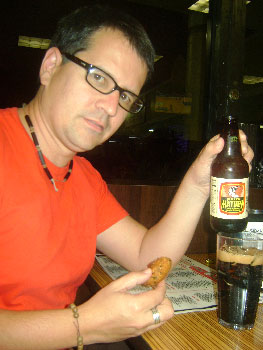 The first thing that struck me was the nearly ubiquitous presence of the US star-spangled flag, at least in the places I wandered about in during my trip. In gardens and lawns, over the facades of houses and buildings, on cars and shops, at government institutions and public parks, the US flag fluttered proudly before the eyes of all visitors, who took snapshots of themselves, trying to capture these fleeting moments for the pages of a family album.

The impression I walked away with after conversing with several of the locals is that most Americans feel a kind of intimate affection towards this symbol, as though it represented a neutral territory where all creeds, races, nationalities and ideologies that make up US society could meet and co-exist.

Another impression that stayed with me and caused me some discomfort during my trip has to do with a phenomenon that is closely linked to this patriotism: the fact that those who make up the less privileged groups in the country tend to distance themselves from, and even show hostility towards one another, in both their pronouncements and attitudes.

After breaking the ice, African Americans, Latinos, the descendants of Latinos and Cubans (a rather particular lot, these) would speak to me of the other non-WASP inhabitants of that prodigious land with a mixture of distrust and contempt. 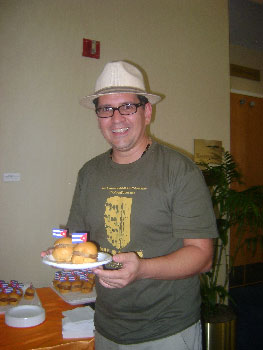 With the exception of Cuban immigrants (whose situation, for historically contingent reasons, is somewhat different), it seemed as though they did not feel part of the same severely underprivileged sector of the United States’ society and economy.

Last but not least: was the impression that the outpours of Cuban cuisine, rediscovered in all its glory in Miami, made on my palate and nose.

From the Versalles to La Carreta restaurants, from the Palacio de los Jugos to the Mojito establishments, my reunion with Cuban rissoles and guava pastries, guanabana shakes, pork with rice and beans and fried cassava, unleashed a fury of gustatory passions and gastric juices in me, to the point that I thought Cubans ought to coin the concept of a “culinary exile”.

For the record, these culinary delights bewitched, not only yours truly, but several of the visitors from Havana, who coincided at the academic fora held at the Florida International University or the halls of the Latin American Studies Association (LASA) – but I will save the details of this for future articles.

4 thoughts on “My Trip to the USA: Impressions of a Barbarian in Rome”