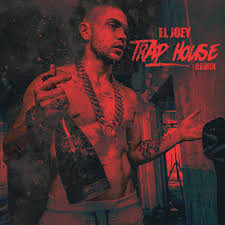 HAVANA TIMES – A ‘trap house’, is something of a term coined by the millennial generation, which simply refers to a place in which illegal narcotics arrive and are sold from. Such criminal activity, might take place in a single studio room, an apartment or even a house. A drug dealer may reside in a trap house or simply use the space to conduct his business from, as addicts visit day in day out – at all hours.

The growingly popular trap music genre, stems from street life; trap artists capture drug dealing, gang activity, poverty and all else that comes with such an existence.

My best friend Padilla, happens to live next to a trap house here in El Progreso, Honduras.

It is, I must clarify, not a dangerous setting.

His finances (an average salary in Honduras being rather ‘wanting’) do not permit him access to a better neighborhood.

Anderson (the drug dealer living next door to my friend – Padilla), resides in a terribly deprived single room with its tiny bathroom attached, sleeping on a couple of mattresses with his girlfriend and her little girl. A child of no more than three years of age. Anderson, is a skinny male, dark-skinned, beady-eyed and unfortunately spotty, who dresses in baggy, black shirts and jeans, cheap chain upon him and fake Nike sneakers well-tied.

“I keep these motherfuckers well-tied in case the police arrive and I have to climb onto the roof and run,” so I was informed, by the bold, young Anderson one day during a visit I paid to my friend.

Anderson and his people know me well. It isn’t every day or ever at all for that matter, that a tall, young white man from England enters their barrio. I was checked out way back.

“You know what happens here?”

“Don’t speak about it and we’ll all be friends then white boy.”

So went the first chat, between Anderson and I.

I first became acquainted with the trap house back in August last year. I even spent a good deal of time living with my friend. Our ‘trapping’ neighbors being affiliated with the infamous MS-13 street gang. Nothing bad ever happened though. These are hungry, poverty-stricken young men with little or no formal education just doing what they have to.

“I don’t want to be dealing but my stomach obligates me.”

That’s how one of Anderson’s associates put it to me one distant night as we shared a smoke.

On visiting my friend, a semi-illegal act I admit on account of the Coronavirus lockdown, I was shocked to stumble upon a woman of no more than twenty-five with a chubby, little girl living in the trap house.

“Bro, what’s that little girl doing there?” I asked my friend, immediately.

“Getting a fucked-up start to life…” was his response.

She plays amidst the cocaine and marijuana slanging mother and stepdad of which Anderson has become to her. She witnesses countless, shady individuals arriving and asking her if “the big boy is around?” She stares in awe of the revolver pistols that Anderson’s crew members sport at their waists. The little girl, barefoot, chubby-faced, with her little blue shorts and multicolored vest upon her, looks up, eyes open wide and responds with a ‘yes’ or a ‘no’.

“Is there any product?” This has become the code question when clients arrive at the towering black gate, which is maintained locked and bolted at a constant rate in case of any ‘untoward’ guests arriving. Anderson or his girlfriend appear from behind their battered, wooden door and either reply “yes there is” or “no there is not”.

The little girl has now caught onto this.

Her mother chuckles as the toddler waddles over to the gate before chanting “yes there is” or “no there is not”.

“Fuck me.” I said, watching it take place.

Individuals, born into vice and crime, who simply don’t know any better.

It breaks my heart to watch this little girl.