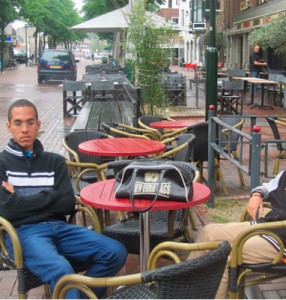 HAVANA TIMES — As a Cuban teenager, I consider running into a decent pizza an unforgettable experience, let alone being in Holland.

My mother lives in the Netherlands and she took me to spend the holidays with her. Even though I had already lived there before, back then I was a small boy and like most kids, I didn’t pay much attention nor give a lot of importance to the things around me. Now that I was a teenager, I was a lot more critical, more relaxed, more conscious of the world… to observe the First World again was truly an unforgettable experience.

I remember that in the beginning, I’d try and identify a noise that sounded like clapperboard whilst I’d cross the street, and I was surprised to come across it at every traffic light (I swear there were times that I thought that my mind was slipping away), until somebody explained to me that it was a way to let the blind know when the pedestrian light was green and that the sound would gradually become quieter as time was running out and the pedestrian light would turn red.

Another day, while I was coming out of a shop, I walked straight into the shop windows that were so clean you could barely notice them. 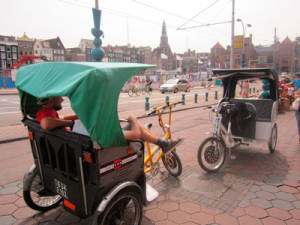 That was when it hit me: when a Cuban leaves Cuba and sees the world outside, it really is the simplest things that surprise us the most, more than the skyscrapers or the “Flowers Park”.

Leaving a supermarket, I saw a woman who was particularly offended as a dog had defecated in the entrance. A shop assistant quickly cleaned up the mess and I said to myself, ‘If this woman came to Old Havana, she’d never set foot in Cuba again!’

Cuba isn’t Holland, of that I’m sure. But I don’t believe that a country needs an out-of-this-world economy to learn to keep things clean. Would it be so difficult for a Cuban to take a plastic bag when walking the dog to clean up his mess? Or for the government to fence-off a green space or two and dedicate them exclusively to this end like they do in the First World?

In spite of Cuba’s material shortages, I think that we could still take small individual actions that can help us to improve the state of things here. Unfortunately, the sense of indifference is so widespread that there are only a few people left that care about such basic things such as being able to walk down the street without having to worry about washing their shoes when they get home. 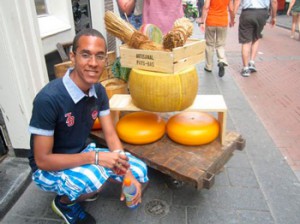 At shops, I learned that if you recycle an empty soft drink bottle, they give you a coupon so that the next one you buy works out cheaper. While at home, I used to see the collection of raw materials as almost a social event, I saw that with a small incentive people make an effort on the other side of the ocean. Couldn’t a Cuban store do the same and at the same time make soft drinks a little more accessible to people? Wouldn’t this be both profitable and educational?

But, what really surprised me was the goodwill people had to act and improve things, something that unfortunately I don’t see in Cuba. Cubans have become accustomed to dirty streets and overflowing dumpsters and therefore don’t do anything about it.

This was the hardest slap in the face that underdevelopment has given me: realizing that very few people actually care about making things better even though this is within our reach.

5 thoughts on “Slapped in the Face by Underdevelopment”