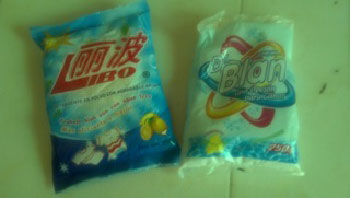 HAVANA TIMES — Time heals all wounds.  After 55 years the multinationals are back in Cuba and the last name of the President is still Castro.  The exploitation of the island by the former, and the nationalization by the latter, now seem to be forgiven as multinational corporations get an early stake, and take a huge lead, ahead of local producers.

Evidence of the current administration’s economic priorities was outlined in bullet-point style a couple of weeks ago in Cuban newspapers.  The occasion for the government progress report was a meeting of Cuban Government Ministers.

The meeting touched on various themes.  There was general talk of corruption (the petroleum refining and distribution sectors were mentioned by name, so they must have really misbehaved).

Another keen observation was that we need to save more (of what? Everything I’m left to assume).

It was also pointed out that economic recovery means more stuff should be made here in Cuba, and more Cuban products should be sold to the outside world.

I remembered all of these two weeks after the fact because I had to do my laundry.

I was in the Havana neighborhood of Cerro at a store that sells domestic home appliances and foodstuffs in convertible pesos.  As I looked at a choice of 4 detergents I had problem I rarely encounter here: choosing which one to buy.  Choices of variety are an infrequent dilemma in a country where the economic system does to the Law of Supply and Demand what black holes do to the Law of Gravity.

I decided to make a decision go for the cheaper, Cuban produced product.

Upon closer inspection of my choice I saw Chinese characters printed on the bag.  What I had in my hands, the cheaper detergent, was not a Cuban product.  It was made in China.  The more expensive detergent was the Cuban detergent, made in Cerro; the very neighborhood I was doing my shopping in.

That is when I remembered the bullet points about the Council of Ministers meeting.

Was this economic oddity of the local brand costing 10% more than the imported Chinese brand a result of corruption, lazy management, or bad economic planning?

I thought more. Maybe someone at the store just got the price tags backwards.

According to the notes from the Council of Ministers meeting they are quite aware that “defects and limitations” in the economic plan cause the kind of contradictions I experienced with my detergent shopping.

That is why President Raul Castro is hurrying along with changes that were probably not envisioned as possible during the past 20 years.  His economic plan involving private ownership, private management, and multinational corporation partnership is a drastic change from the state-makes-everything model that preceded it.

But it seems that in all this haste the path of least resistance belongs to the multinational corporations, not indigenous Cuban entrepreneurship.

The proof of the multinational takeover is in the streets and on the store shelves of Havana.

Nestle, not exactly what comes to mind when thinking of a Socialist Revolutionary force in the world, is selling everything from ice cream, to prepackaged junk food, to bottled water. Everywhere.

Havana Club is half owned by the French multinational beverage company Pernod Ricard.  This multinational also counts Absolute Vodka, Kahlua liqueur, and Malibu Rum, among its dozens of brands.

The Bucanero and Cristal beer brands are managed by a Canadian multinational.

My laundry detergent, as an imported item, is the product of this rise of the multinationals in Cuba, just as much as it is the failing of 55 years of state centered production policy.

If increasing local production of goods is a serious agenda item for President Castro’s government then it needs to slow down the growth of multinationals while permitting Cubans to collectivize workplaces, access larger business start-up loans, and import machinery and raw materials.

In their bullet-pointed report the Council of Ministers noted that in the last 10 years the country has imported 680 million CUC worth of stuff they used to produce here, including my laundry detergent.

This trend will continue as long as the government favors large multinationals with their economic reforms.

7 thoughts on “Cuba Sees Return of the Multinationals”