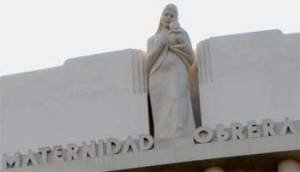 HAVANA TIMES, May 4 — It was 7:00 a.m. at the Maternidad Obrera Maternity Hospital, where my fear was making me sweat. The abortion wing was full of impatient women: some nervous, others extremely sure of things, but all of them hoping this would be over quickly.

The women were of different ages, each getting by on wages that weren’t enough to take care of themself – let alone another child.

Because of a mistake made by the woman in admissions, I had to go back down stairs to request my records, which has caused me to lose my place in line. Before I left I heard — for the third time — the nurse announcing, “We can’t have men in here, those who don’t have a woman accompanying them can’t get a curettage.”

The young guy at whom the message was being directed looked at his partner, gave her a kiss and then left, while she repeated that she didn’t have anyone else to be with her – only him, her husband.

I went downstairs and after a few minutes returned with my medical records in hand. They had already assigned the ten beds that were there, so I had to wait even though the biopsy I needed had priority. Still, the wait allowed me to interact with people, listening to their stories and making my comments (though only a few).

They would cart in the anesthetized women on gurneys. The orderly doing this seemed to have taken a course in how to be a stevedore based on how he would plop his load on the bed like a sack of cement. I tried to help him with one woman but he wouldn’t let me.

The nurse realized that I shouldn’t have had to wait so long and gave me the second bed that was unoccupied. I spoke to her softly asking for a place with a little more privacy, but she only explained to me that such a change didn’t make any sense since when I came out of the operating room I was going to be asleep.

Everything was quick: you change your clothes, see the anesthesiologist (who only asks if you’re allergic to any medications), go to the waiting area, see yourself rolled onto a gurney that comes in when it’s your turn, and then you put on some make-do cloth hospital slippers and a green cloth cap when you get to being third in line to go in.

Meanwhile, I watched some of the women come out asleep and listened to the stories of others. 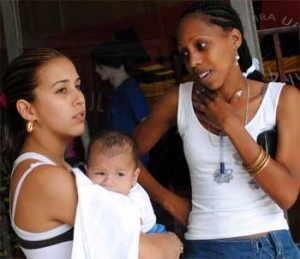 I calculated that they were going to do between 20 and 25 abortions that day. That means that from Tuesday to Friday they must do around a hundred or so each week, making me think that this is a country without a future.

A young woman who was about 20 kept repeating that she wasn’t nervous about any of the commotion because “all the women in my family have been through this.” Still, the cries of another woman flooded the room – she has just lost her baby and was being “cleaned up” without anesthesia.

Behind me was another woman who already had an eight-month-old baby and was in no condition to give birth to another one now. But what was most striking were those who were in front of me.

One of them was a 35-year-old mother who has been pregnant for a short time; she has three grown children, two boys and a girl who’s 15 – and who was also in line for an abortion.

The girl entered the room crying.

The doctor talked to the mother saying, “This is voluntary, so we’re going to wait a little while. If she still says “no” when she gets back in, then we’re going to take her out of here. We can’t do anything against her will.”

The mother asks, “So who’s going to raise it, me?”

Other relatives of the girl came up to her saying: “What’s wrong with you? I thought we had agreed on everything last night. Quit crying and go on in there. You’re too young to ruin your life like this.”

Even a hospital assistant offered a few words to the girl: “You can’t be like that. Why are you crying? You better dry those tears. You have to study, because we blacks have to study so that the white people can’t come along and kick us to the curb. So you go in there now, don’t be crying. You’re going to spread those little legs like you did when you got in this mess. You just breathe deeply and you won’t feel anything.”

Convinced, she went back into the room.

The mother then announced: “Tomorrow I’m going to give you a good beating. All you are is a big headache.

“Poor thing,” I then said to her. “She’s just going through a bad time.” But I stopped immediately when I saw the mother’s pain in her eyes. Then she said, “I went through a bad time too. I’ve spent my working life. I’ve given everything and look at how they pay me.”

I entered the room and the doctor plunged his fingers inside of me: “How far along are you?” he asked jarringly. When I explained that I was there for a biopsy his demeanor changed, he became kinder, less anxious.

He gave me a shot, and then I didn’t feel anything.

4 thoughts on “Spread Your Little Legs”