HAVANA TIMES – A Facebook friend saw my photos enjoying dips with my family in nearby streams and rivers, that run fresh and are clean in most parts, where I live, and thus came about my invitation to invite them. I explained how she could do it and she came on Thursday.

There are many waterways in the beautiful Mayari valley, where the fastest–flowing river gives it its name (to the city and municipality too). The rest are at least half-a-dozen streams that are tributaries. There is plenty of water here and even though human activity always creates contamination, it’s not hard to enjoy totally healthy and natural areas.

As Nature here is very charming, my friend came with a long list of things she wanted to do, which was way too long for a couple of days. I’m sure that a friend or two had recommended places or she’d figured it out herself. I didn’t get to ask her, even though we spoke so much. It was beautiful to talk about everything and anything while we were in the water or walking paths. Philosophy popped up and it’s much more understandable within this atmosphere, it seems.

She wanted to see the Seboruco Caves, the Bitiri river’s natural bridge, the streams and rivers, etc. She didn’t mention the Salto del Guayabo waterfall, nor did I mention it because it’s a little hard or expensive to get there, as it’s the highest one in Cuba and a place that’s shockingly beautiful.

The first day, we went to the Mayari River by hitching a ride and walking: my wife Idalia who is my inseparable partner, my daughters, because my son had a cold, my friend and colleague, as she also writes and is an independent journalist, like myself. It had rained, but that didn’t stop us; as soon as it cleared up, we left without a second thought.

The next morning, we walked straight to the Seboruco caves. It’s about 4 kms from my house and you have to cross a thin forest to get to the last one, dodging plants that irritate your skin. It wasn’t hard, but you must be very careful.

There’s a narrow earthern path, but you have to watch out for rocks, slopes, crossing of the Seboruquito River, and finally the cave with different entries in a limestone outcrop. In the indigenous language, seboruco means “big rock”, which is where the name for the place and neighboring village comes from.

It is an enchanting place, with striking Nature and history, knowing that thousands of years ago, the first indigneous peoples in this land that is Cuba took shelter from the rain and cold here. It’s a very satisfying experience, even if you’ve been before, like I have, having visited this place five times in my life already. But it’s especially striking to someone seeing it for the very first time.

We went into a room inside the cave, approximately 10 meters in, and then along a corridor that extended another 5m more or less. But then it narrows to reach another room, which you have to crawl along the cold and humid floor to get too, and you can come out in a higher cave because they are pretty much all connected.

I wasn’t that curious, and neither were my companions, so we didn’t go any further. We were also scared of the bees, as there are many beehives in the upper orifices of the outcrop. We took photos and chatted, sitting on the large rocks under a nearby mango tree, while the crystal-clear water of the stream trickled over our feet.

In this magical place, everyone can understand the real or imaginary idea that our home was a natural paradise. You feel at home, in harmony, filled with peace that can’t be replaced with concrete, or reinforced concrete, or a theme park, no matter how useful and fun they might be.

Then, we headed to another stream, which is between the abovementioned one (‘Seboruquito’) and another one called ‘Colorado’, is known as ‘Arroyolmedio’, in a pool that forms with a bridge made out of large drains. The bathing area is in the shallow part at the valley level, but very close to where it comes off the mountain. It’s completely clean and natural, with warm and transparent water. It’s wonderful!

It was an intense day excursion. We were exhausted, but happy. My friend and her colleague from Holguin were overcome with happiness. They kept saying “these things only happen with Cubans,” people who shared and knew each other for the first time but can do things old friends do and everything flows.

Emotionally patriotic, I told her: “it’s one of our national treasures,” and we all started laughing. We only ate the small round mamoncillo fruits and peanut butter bars because, it’s worth saying, our outing was good for us to escape the 12-hour blackout in the day and we couldn’t cook.

We were also offered soup (meat and root vegetable soup) that other bathers we ran into at the pool gave us. Strangers, but it was like we’d been friends forever. It’s so suprising even if it is common.

These are the beautiful things about our country and people, it’s a shame that this system forces us to migrate or to suffer this other side of the coin. The unnatural disaster of a country the centrally planned socialist system has created with its single party. 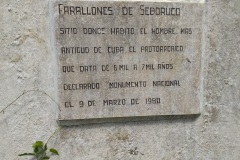 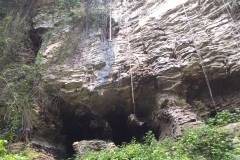 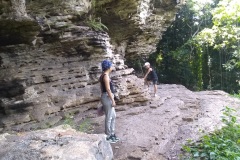 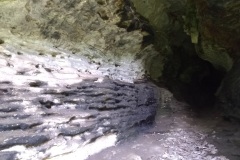 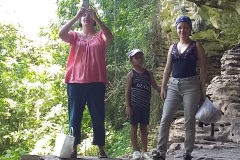 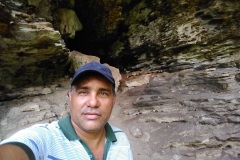 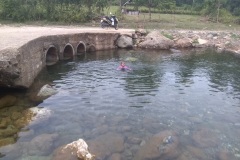 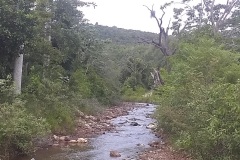 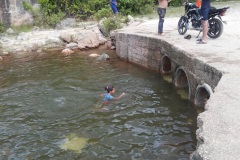