HAVANA TIMES – It’s not every day that you wander about the city you were born in, with the same well-known places, and then suddenly be taken by surprise.

Havana residents born after the Revolution are used to a strange and unnatural feeling of paralysis. There aren’t any great or swift transformations in the capital’s landscape. Repair works or the appearance of new hotels are slow and give our eyes time to adjust to them as part of our scenery.

However, I experienced something strange today when I was walking down the San Rafael pedestrian boulevard, in Central Havana, as if I had been away for a very long time.

Renovated businesses, one after the other, billboards, installations… A state-run videogame center! The same business that was banned and taken away from independent small private owners, is now in the government’s hands and accessible in plain daylight. Teenagers and young people no longer have to meet up at dumps in unsanitary neighborhoods, playing for hours on end with the feeling that they were doing the prohibited (an everyday feeling for Cubans).

Display windows of what were previously the Rex and Duplex movie theaters, which I had seen closed for years, in constant decline, were now converted into a bar/cafes. As much as its modern design tries to create a mark, the cold, impersonal atmosphere is perceived.

Memories came flooding back: scenes from the movies “Billy the Kid”, “The Call of the Wild”, and even a crowd singing songs from “La Nina de los Hoyitos”. Nothing I see here, tells me what happened in the past. Not even those neon lights in the background, kept intact as a nostalgic feature.

This year, I watched “The Lion King” (3D) in Buenos Aires, at a double movie theater where the atmosphere and joyful crowd reminded me a lot more of the Rex and Duplex.

Along the boulevard, where change seems to be in the air, there are more cafes, businesses selling a wide range of exotic items, at unaffordable prices. Even the Variedades Galiano store (which is unrecognizable too) looks like something that is still only half-born, like a hybrid between what once was and an imitation of great shopping malls in developed countries. However, shelves are full of the same old items and exorbitant prices: 72 CUC for bed sheets! 112.95 for a desk lamp, 87.95 for a chair!

Everything seems to be designed for somebody living outside of Cuba. You can sense the improvisation and abyss in prices and concepts. There is nothing that reminds me of the past, of its history.

Everything has been swept away by the compulsion to seduce and sell, with the same anxiety that some Cubans almost harrass foreigners by listing all of their offers with fake smiles.

Everything seems to be hasty preparation for an unrealized, earthly and still mysterious change.

It isn’t my Havana, where I have suffered Disney characters being taken down from Cinecito’s roof (the childrens’ movie theater), or the corrosion of granite floors, or the heavy pruning of trees in Fe del Valle park so as to set up a WIFI hotspot.

It isn’t the Havana where I have seen alcoholics and beggars piled up in this very park. Losers in life, shady characters who you no longer see. They might have been taken away from this busy place for the Spanish monarchs, just like stray dogs are being taken away, to die in Punta Brava by lethal injection which will make them convulse for nearly an entire hour. That is if they don’t meet another more terrible end, fulfilling the fantasies of a sadist, in a country where there are no laws for the vulnerable.

Galiano street isn’t mine either, where I can’t find a way to be happy seeing the huge installation that represents the Milky Way. Capitolio’s golden dome isn’t mine, just as these tree-less avenues aren’t.

This hubbub isn’t mine, the violence of crowds who desperately try to jump on the new train that is being imposed without consulting us. 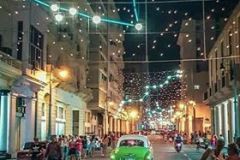 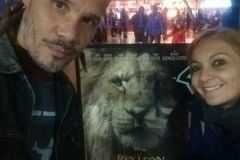 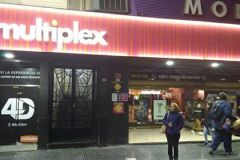 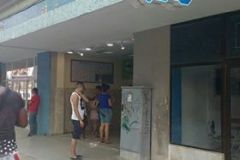 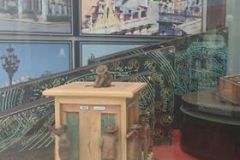 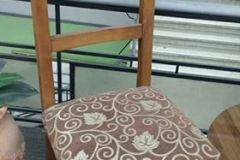 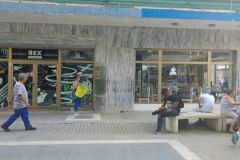 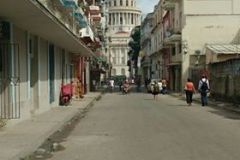 2 thoughts on “My Foreign Havana”