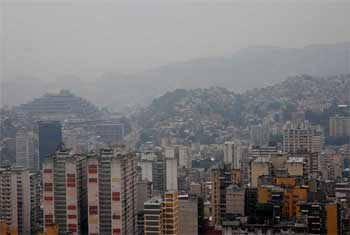 HAVANA TIMES — Since arriving in Caracas, I’ve gone from having one flu to another. The last time I was here, for about a year, almost all my trips away from my apartment were work related. I would ride around in a car whose driver would keep the windows rolled up, either out of fear of us being assaulted or due to the pollution in the streets.

Currently I live next to a highly trafficked avenue, but I go out almost every day, either walking or taking the bus or the subway. My contact with “reality” is almost complete, though it seems like the flu is part and parcel of that reality.

Perhaps this has something to do with Venezuela being the country of the region that generates the most carbon dioxide per capita. The fact is that each Venezuelan produces six tons of CO2 annually.

This is roughly two tons more than the famous Mexicans, and about four tons more than Venezuela’s neighbors, the Colombians, whose area is more extensive.

When I go out I prefer to carry a bottle of water, otherwise I’ll have to spend more than 5 bolivars (officially about $1 USD) for a glass of water – depending on where I am. Nonetheless, with less than 5 bolivars, my partner’s father (a taxi driver) can fill up his gas tank and leave a tip for the guy at the pump. 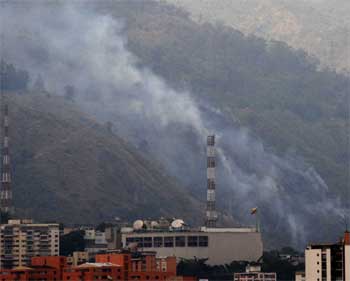 What this means is that it’s cheaper to contribute to polluting the environment than meeting one’s most immediate need, which is to hydrate the body.

This issue isn’t anything “new,” it dates back many years. But the measures taken during this past decade could be described as poor or inadequate.

Take, for example, the scheduled “blackouts” (except for Caracas) and limited water service (24 hours for only one day a week – depending on the state, since each has its own regulations).

I think Venezuelans will withstand any price increase other than that on gasoline and its derivatives. Perhaps they lack sufficient environmental awareness, and successive governments have taken advantage of this.

In fact, one might even say that this absence of consciousness has been encouraged by those in power, it allows them to continue the indiscriminate pumping of oil and the mining of coal and other minerals.

This reminds me a little of that relationship between parents and young children. It’s like where children throw “tantrums” when they don’t get what they want, and the parents — provided that the child shuts up and allows them time for their private affairs — give the kid whatever it “needs” – regardless of the harm they do to the child, themselves or of course the environment. 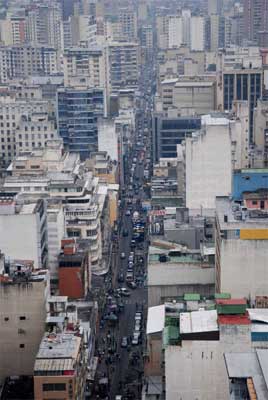 It’s as if no one is thinking about those who will come in the future. As long as the government doesn’t raise the price of gasoline, almost everything is fine, even the excessive extraction of oil and minerals that results in the weakening of the environment, especially in areas close to the extraction points.

Venezuela doesn’t manufacture cars, although there are some international agreements and it has experimented with a couple of assembly factories. This means that buying a new car is an extremely expensive proposition, while maintaining it is even worse (since almost all parts are imported).

Nevertheless, the streets are filled with all kinds of cars, ranging from those that apparently emit hardly any carbon dioxide to those that pump it out almost at a murderous rate.

I think this is why they call carbon dioxide “the silent killer.”

Obviously CO2 by itself, though, isn’t guilty for this flu that I can’t shake.

And obviously my flu is only one minor outcome in this story.

One thought on “Breathing Gas Fumes in Venezuela”