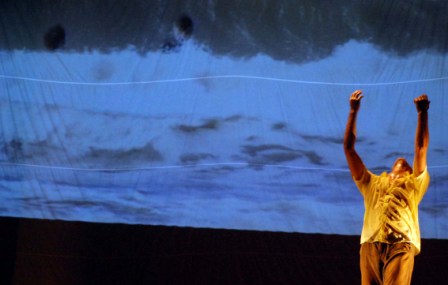 It is a myth, a dream or a half truth.  Movies, websites, books and all type debates have been generated concerning US government projects aimed at controlling people’s minds, to turn them into robots that obey the most senseless orders.

Power is the obsession, the motivating force behind that idea.

It’s said that studies date back to the end of the 1940s and 50s with Project Blue Bird.  I’m not a specialist on the issue, but it amazes me how so many people are impassioned by likely schemes to achieve mental control.

For Christians it’s relatively easy to presume that the Devil is the master of evil.

If there didn’t exist a personage (with a name, a biographical history), it would be difficult for average people to grasp the idea of some focal point of evil.

But those were other times, when God was still alive.

Today, “progress” —with computer science, trips to the moon— has taken people out of the biblical stories and placed them in a seemingly more developed world.  But this is a lie. It continues being the same world, and we continue being the same people.

Our moving at greater speed doesn’t change the longing for power by some, or the fear of all.  These are the two coordinates that guide human beings.

If in 3 A.D. the elders expounded to the youth —around the bonfire— about a being that manipulated their hearts and made them sin against their gods and fellow humans, we now sit down in front of a screen or a page that recounts to us the plots of scientists bought by the powerful, who through sophisticated technology will make us perform unusual acts – for their benefit.

Just as in the 1st century, in the 21st century we look wide-eyed with astonishment, willing to digest that amazing tale.

I wonder: Why would there be a need to insert a chip or beam some type of wave into our brains if mental control is already ensured?

Don’t we already do what society asks us?  Who’s in charge of society?  Aren’t they the powerful?

If it’s desired that women become silicon dolls, there are women who become dolls.  If men too must be molded, there they are.

The majority of the prisoners of capitalism are robots.

The majority of the prisoners of socialism are robots.

Power, be what it be, has sufficient mechanisms (subtle and not) to shape our lives into what they need.

A research project, experimentation, is the least concern; we’re a big laboratory.  And it’s better —like in the case of the Devil— to come up with a name to distract us from the true controller.

Several days ago, during New Year’s, Cuban television presented us with a movie for teens.

A young guy who had deserted from the US Navy was living in the streets.  He was hired by three teens to help them with their problems at school (classics): A bully who was abusing them, and a girl who was difficult to win over

The leading character’s problem (what caused him to desert) was that he was an advocate of nonviolence.  He didn’t want to hurt anyone, much less kill them.

After several incidents and disappointments, the main character “learns” to love the boys who hired him and to demonstrate that love “learns” to fight back to defend what is loved.  He became the local hero, of course.

It’s not necessary to sit around the bonfire, mental control is ensured.