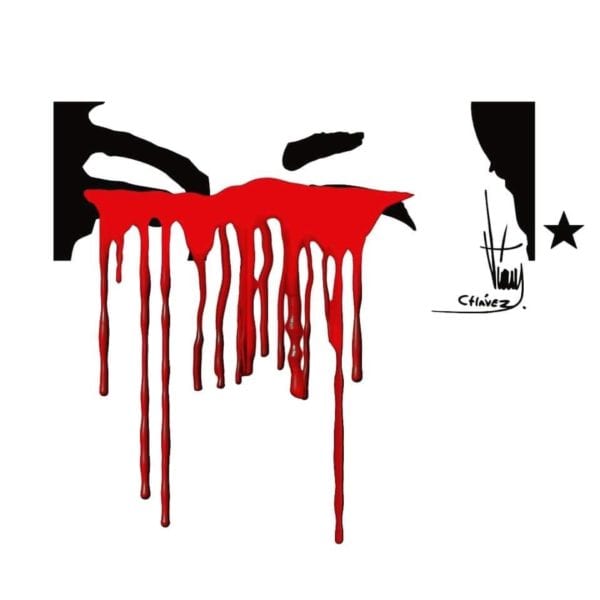 HAVANA TIMES – When you’re happy amidst chaos, despair and thousands of unmet needs, it feels weird. But, just because I’ve been happy in spite of the situation I find myself in, I haven’t been able to stop myself being overcome by great sadness in recent days.

Violent deaths aren’t anything new in Venezuela, and yet you don’t ever get used to them, despite personal happiness and other things.

What has been happening in Venezuela in late June/early July? Aside from the non-stop blackouts outside of Caracas, the unstoppable dolarization of the economy amidst a society of poor wage earners…

You must have already heard via other international news outlets a Navy Captain, a military man, was tortured to death by other militarymen. The fact he was one of their own doesn’t move me in the slightest, of course; but it is a symptom, the tip of the iceberg which points out what it is that is happening inside Venezuela’s armed forces right now, what is happening in the buildings where dozens of militarymen under arrest are being taken, the political prisoners; what is happening across all of Venezuela.

The signs of torture couldn’t be covered up this time. Rafael Acosta wasn’t a one-off case. His death pains me just like the death of any human being does, his martyrdom moves me just as much as any person’s martyrdom would. Worse yet, how many people are going through something similar right now? The only thing I can assure you is that none of them had enough economic or military power to avoid being arrested and tortured.

Then, perpetrators are almost immediately named and blamed for this death. Things got out of hand, is what the people blaming them think, knowing that these front men are only following orders, that they just have to look out for the huge and bleeding behind of those who are running Venezuela badly (as we say here).

I have heard of murders, massacres, torture and repression by governments during the pre-Chavez so-called “Fourth Republic” period. International public opinion didn’t seem to really care about the news, if at all. Many of the perpetrators who took part in this repression, continue to hold their high-ranking positions in government. Several of their (direct or indirect) victims now also hold high-ranking positions in government and (former aggressors and victims) are taking part in this silent massacre of the Venezuelan people.

And, if the drawn-out death of a militaryman upsets me so much, how will a shiver not run down my spine when I think about what happened to Rufo Chacon, a young 16-year-old kid?

Rufo Chacon isn’t dead, yet; neither is his 14-year-old brother who also sustained serious injuries. He isn’t dead, just like Carmen Gloria Quintana, the young woman who was tortured by the Pinochet dictatorhship’s police force, isn’t dead.

The Venezuelan “Left” love to compare the silent coup (in its early days, with the hoarding) that overthrew Salvador Allende, with an alleged coup of Nicolas Maduro’s government. Well, let me compare what was done to Carmen Gloria and Rodrigo (which was excessively cruel) to what happened to Rufo Chacon.

I have already told you that cooking with gas is becoming a real luxury for most Venezuelans. The question here is, if nothing else is being sold on the market to substitute gas stoves, how can the population cook? Anyone who can set up a wood-burning stove ends up with watering eyes, irritated by the smoke, and they soon run out of wood because it isn’t commercialized. If, outside of Caracas, we are experiencing constant blackouts, then we can’t depend on an electric stove either. I don’t have to explain all of this to you for you to understand what led Chacon, his mother and his 14-year-old brother to sit in the middle of the street and demand gas.

Like the rest of the families present, they were on a road in the Tachira state and they hadn’t started up a political protest, nor were they shouting “Down with Maduro”, nor were they hurling stones at private or public property. They weren’t setting cars on fire and they weren’t putting anyone in danger (these are some of the excuses the government has given for previous “fatalities caused by excessive police force”).

These people were doing something that was common practice at the time: blocking access to a road in order to demand a truck to come and sell them gas which is thrown away in this country. The police came and without uttering a single word, they began handing out beatings and shooting pellet guns.

While they beat up the 14-year-old kid, and his mother tried to defend him; Chacon was shot several times. Eight pellets in one eye and four in the other; I don’t know how many in the rest of his face. I don’t dare to say anything more, much less something sarcastic, about the actions of these men in uniform, worthy representatives of this government that locks them away in haste as if the police had done something that they hadn’t been ordered to do by the government itself.

Rufo Chacon wants his life to end. They didn’t kill him right off, although maybe they did, they just don’t know it yet. Becoming blind at the age of 16, with your face disfigured, without a family that has the financial means to face your new condition, would make anyone want to die. And this is what is happening to Rufo, according to his mother.

2 thoughts on “Venezuela Today: The Left’s Eyes are Bleeding”

Rocio Igarzabal – Song of the Day