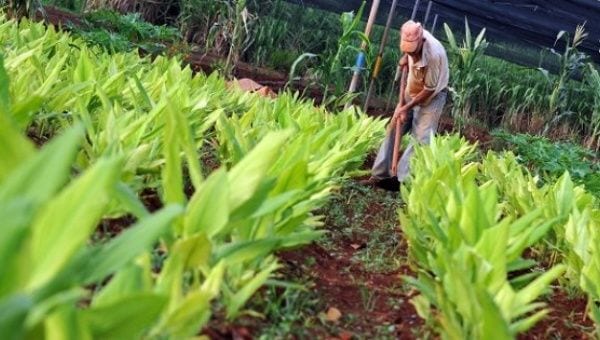 HAVANA TIMES – It is no secret that the deterioration of the external situation will have an inexorable and negative impact on the prospects of the Cuban economy in the short term. However, there are several alternatives that are worth exploring.

A good premise could be the adoption of measures consistent with the proposed reform (although it is clear that this can be interpreted in different ways, given the ambiguity and dispersion of the proposals).

The government’s most important obstacle, specifically for those who are committed to a profound but orderly change, is to forge at the least a consensus, and alliances to make it possible. The country needs to bet on its internal resources and make a consistent effort to look for opportunities in international relations. A multi-centric world offers niches that can be exploited.

In the short term, an adjustment will be inevitable. In the nineties there was talk of “equitably” distributing the costs of the crisis. The contraction of both the real salary and the ration booklet were key tools. Now the situation is different. Cubans on the island do not arrive at this point of austerity on equal terms, so it is convenient to rethink the approaches to cushion the impact on the most vulnerable groups. It seems advisable to conceive redistribution mechanisms that take these differences into account. Also, invigorating certain sectors will require the adoption of new incentive schemes, which may cause some additional differentiation, which in this case would be advisable.

However, the fundamental transformations must be applied to the general approach, which remains anchored in the past. For starters, although total investment has been steadily increasing since 2010 at a rate of 8.3 percent per year, the total amounts are below what is required. Even more worrisome is that the framework under which it operates has not changed sufficiently, specifically the information available to make these decisions. Under these conditions, therefore, it is difficult to assume that these projects will be viable. The monetary and exchange system, as well as the central planning mechanism as a whole, need a radical change so that the economy runs better. It is why it is so important that the government commit to adopting clear and precise rules that encourage domestic investment.

Public discourse in recent months has centered around three areas: exports, import substitution and productive linkages. Unfortunately, the initial signs are not rosy. An administrative vision on these issues continues to prevail. In the short term, the greatest export opportunities remain concentrated in medical services, tourism, and pharmaceutical products. The truly most important thing would be to grow with strategic criteria, in such a way that the conquest of new markets is less vulnerable to political fluctuations.

Exporting “surplus” denotes a serious ignorance of international markets. It is well known that most of the foreign companies that have installed themselves to serve the domestic market do not find it very attractive to export from Cuba. This has to do with labor costs and physical infrastructure. A good idea would be to grant preferential treatment to exporters, as was done in the nineties through the use of Cuba’s exchange currency — CUC (while retaining its convertibility). Above all, it will be unlikely that Cuba will improve its external competitiveness by exporting a little more of the same. It is necessary to incorporate new products, specific policies, and an environment conducive to the creation of new companies, because the desired diversification will not come from already established units.

It is in exports, not the substitution of imports, where the core of a successful strategy lies. In fact, the country’s development requires higher levels of imports, including consumer goods and intermediate products. But there are areas with enormous potential, such as agriculture. What looked like a promising change in 2008 was diluted in the middle of a meaningless ideological battle. Production numbers since 2005 are as follow: roots and starchy vegetables (+7.6 percent, 0.59 percent annual increase); vegetables (-23.4 percent, -2.2 percent per year); fruits (+5.2 percent, 0.42 percent per year). Considerable increases occurred only in beans and rice. In livestock, the most notable increase occurred in pork, although with negative estimates for 2019.

We cannot continue to blame lack of resources for the sectors problems. If the framework in which the agents operate is not transformed, there will be no lasting results and the resources invested will be wasted. Although painful for some, this includes a better definition of property rights and the creation of true markets for products and capital goods, including the elimination of inefficient state intermediaries (in the sense that they increase costs without providing a necessary service, almost always without competition).

Productive chains are not developed by decree. There is a broad set of restrictions that limit the horizontal relationships between companies of different types. In addition, without a system of functional prices and extensive prerogatives for management, they will hardly advance. Many encouraging examples are seen in the non-state sector, in the midst of a precarious regulatory framework.

On the international stage, Cuba must abandon the premise that cushioning the impact of U.S. sanctions through “advantageous” agreements is the best way to deal with its complex geopolitics. These “good” agreements provide a powerful incentive to postpone lasting solutions to problems at home. They also allow us to avoid strategies to change the stormy relationship with the northern neighbor. The Cuban government can do much more when it comes to Cubans living abroad if they want them to participate positively in our development. Resisting and condemning aggression is not enough.

Cuba must do more to approach multilateral financial institutions, particularly those that are not subject to U.S. influence. Although the Americas constitute the natural space for external insertion, the world becomes increasingly smaller. After the regrettable decision to activate Title III of the Helms-Burton Act, the Cuban government must closely coordinate the response with the European Union, Canada and other countries.

And yet, the most important work to be done is at home. However difficult the external conditions may be, the business environment in Cuba is far from what is considered ideal international standards. One’s improvement is not about delivering the country to foreign companies. Negotiations and how one treats investors must be professionalized. Unfortunately, now the shortcomings of the Cuban companies and the regulators themselves are surfacing. Almost 30 years of “opening” to foreign investment produced little advantage to build internal capabilities.

All of the above, already complex in itself, has to be faced with a hypertrophied public sector that is unattractive to new generations. If the state, private and cooperative sectors can be revitalized, and bureaucracy limited, employment in these areas can still be rationalized. With scarce resources it is necessary to offer new opportunities to talented employees.

Everything is possible but we must act accordingly. Daily meetings and goal setting do not replace good policies. More control and discipline will not make the Cuban economy grow. Cuba does not need more rules, only better ones.