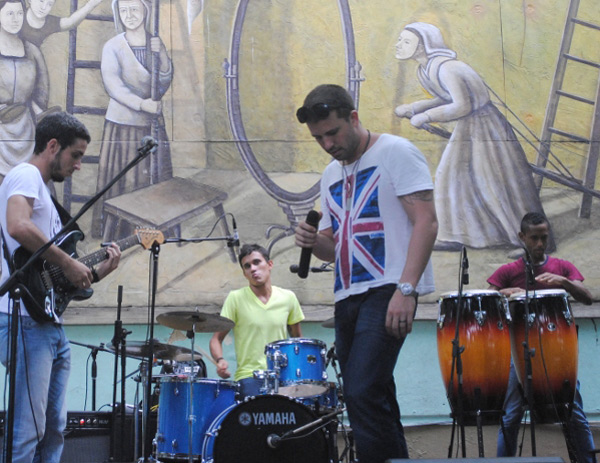 HAVANA TIMES — Though most who had attended the concert had expected to see a different band play (a mistaken program had been circulated via e-mail), people were not put off to find that the guest band was Déjà vu on arriving at the gardens of Havana’s Mella Theater on Thursday, September 17.

The reason is simple.

Many already know the band and enjoy its music and lyrics. Others saw that its members are uninhibited young musicians and assumed they were in for a good time. Still others probably saw the concert as a way of getting out of the sun, which continued to beat down on the city even though dusk was settling.

The band was also using new instruments for the first time, and, even though a crucial instrument was missing – the sequencer – the boys took on the challenge. 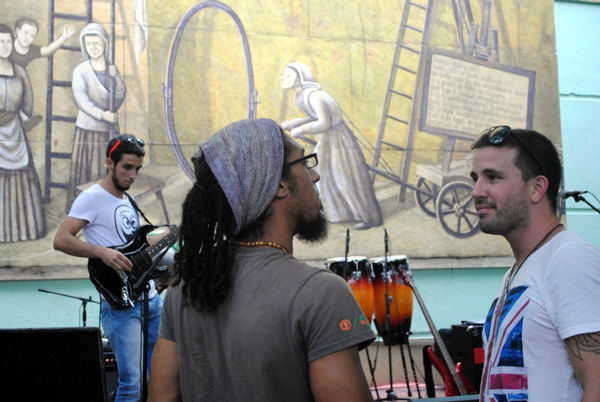 Accustomed to a more volatile audience that is more prone to standing and dancing – and to larger, open and more informal venues – the band had to adapt to the relative passivity of those present, who were having fun in a different manner.

“Today, I see many people sitting at tables. I prefer spaces where people are on their feet, partying,” Yamil, the band’s director, lead singer and composer said, his voice a bit hoarse as a result of the previous night’s concert.

That said, there was no shortage of enthusiasm among audience members. Cerrando circulos (“Closing Circles”), Perfecto balance (“Perfect Balance”), Mirada perdida (“Lost Gaze”) and Mi vecina (“My Neighbor”) were some of the pieces performerd. Combining reggae, blues, bossa nova, rock, jazz and African and Caribbean rhythms, the band treated the public to “world and Cuban music, made in Cuba.” 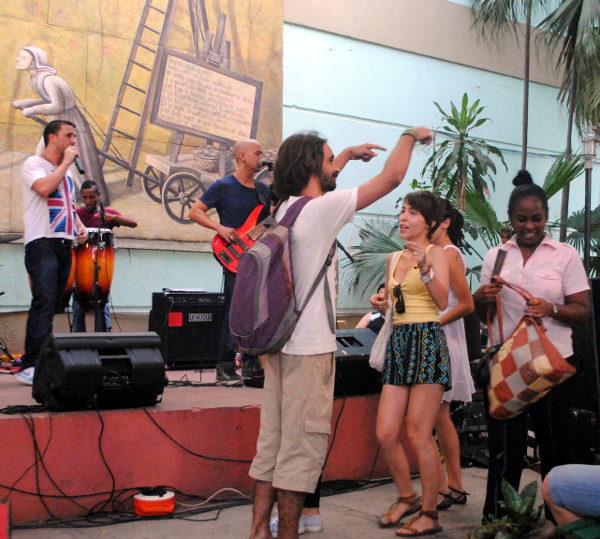 Most of the band’s numbers deal with love and personal relationships in a positive manner, inviting people to look for meaning in their lives. Déjà vu has a very personal style and stands out among young bands today.