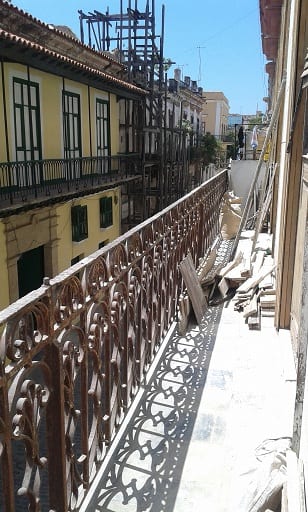 HAVANA TIMES — The Cuban revolution has a debt with the capital, where residences have severely deteriorated over time; the process of building new houses is slow and the rebuilding of homes in regular or critical condition is sluggish.

In 1959, Cuba’s new government found a capital where many neighborhoods had poor sanitary conditions. These were the first to disappear, and its residents where given decorous homes. The old town and a large part of Centro Habana were in desperate need of repair and suffered from overcrowding.

The urban reform of 1960 lowered rent payments and the Housing Law of 1984 and subsequent reforms offered tenants the option of becoming the owners of the properties they lived in (or to continue under their previous status). It also authorized those who had summer homes to keep these and affected only the owners of apartment buildings.

The neighborhoods of Vedado, Nuevo Vedado and Miramar were the newest and most modern. In general terms, when compared to the rest of the country, Havana was the queen.

When the revolution triumphed, Cuba had a housing deficit of 700,000 homes. Four decades later – and despite the fact that hundreds of thousands of new homes have since been built – this deficit has increased owing to a population increase from 6 to 11.2 million.

In 2013, Cuba’s National Housing Institute reported that, of the country’s more than three million homes, only 61 percent is in good condition, while the rest can be classified as in regular or poor condition.

Some experts consider the percentage of homes in good condition to be an optimistic estimate. 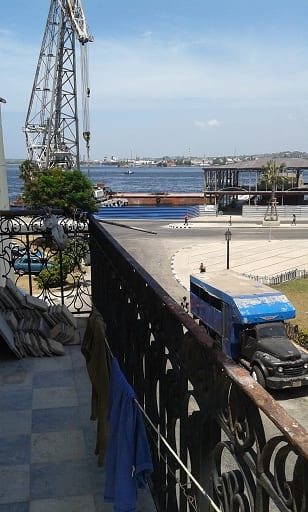 If we consider natural disasters such as hurricanes, new housing needs and building collapses, then the country may well need a century to overcome its current shortage.

In December of 2011, seeking new mechanisms to alleviate this situation, the government approved the granting of personal subsidies of up to 81,000 Cuban pesos (some 3,300 US dollars) and more (for exceptional cases) for individual building initiatives.

“It’s financing and, even though the money must not be repaid, the parties still need to fulfill the terms of the contract,” Miguel Lima, a member of the work team that developed this proposal, told the website CubaSi.

Even though most of the credit requested has been approved, people still run into delays, obstacles and red tape.

In a recent paper, economist Omar Everleny Perez pointed out that, between 1945 and 1958 (the pre-revolutionary period in which the most homes were built, the houses in good or acceptable condition only met one third of the demand, owing to demographic growth.

The researcher at the Center for the Study of the Cuban Economy reveals that these housing-related problems have survived to this day.

The economist points out that the obstacles include low productivity, a shortage of qualified personnel and the poor quality of construction work and urban design schemes. A poorly designed logistical scheme by the Housing Program has also been detected.

In many cases, those who receive such credit are unable to find the construction materials they need.

The lack of equipment makes all construction work slower, and the lack of clarity as to what construction technologies to use where adds to the problem. The use of a larger volume of materials for every unit built has also led to a rise in the cost of housing.

In 2011, following what could be described as an important turn, the government authorized Cubans to freely sell and purchase homes and automobiles.

That said, it has maintained the norm establishing that individuals are only entitled to one residence and one summer home (provided they owned one before the revolution).

Many retired persons or people with relatives living abroad have decided to sell their homes and move to a cheaper residence in order to live off the kind of money their pension does not afford them.

The Cuban capital, hallmark of the nation, is where the deterioration of homes and streets is most evident. Some foreigners, who visited the city shortly after the triumph of the revolution, say that Havana is arrested in time.

This is because classic buildings next to the Malecon ocean drive have been refurbished and high buildings in Vedado, such as the FOCSA, the Habana Libre, Nacional, Capri and Riviera hotels, have been repaired.

Today, there’s no time to waste. About to receive 3 million or more tourists this year (not counting those who are to stay at private rentals in Old Havana, Vedado and Miramar), there isn’t enough infrastructure to accommodate the coming visitors.

Those in Havana who lost their homes because of building collapses and hurricanes (who have waited years and even decades to be compensated for their losses) have even less time to wait.

That said, it appears that today’s changes – undertaken privately or through the State – are combining to once again make Havana the Caribbean’s number one destination.