HAVANA TIMES – There’s “kinetic beauty” and then there’s “death drive”. There’s the runner’s solitude in the background which Sillitoe wrote about and then there’s the zealous communion that inspires great races when the city’s miserly autism is crossed and dissolved for a few hours.

Young Cuban photographer Evelyn Sosa is also interested in these things. But she doesn’t only look for them in the simple act of running. She isn’t obsessed with the bounds of instinct or strategy that they channel into the competition, or their more obvious consequences, victory or defeat.

Sosa photographs runners before or after they enter the trance that defines them as such, and this is how she challenges their momentary identity for their everyday human self instead. There is “someone” who has come to run a marathon, and here they are…

“I’m not going after the classic sports shot,” Sosa says about this series she is currently working on, Maraton, which began in 2016 while she was with her brother and some friends who normally go to run the Marabana, Terry Fox Run, and other running events in the country’s interior.

For example, in this small selection, the photographer only grants one woman the virtue of competitive running, and she is woman in a wheelchair and even she is posing. That’s to say, she stops the act of competing in a way and stops without giving up the physical action of running: it’s a fraction of a second, but the woman is looking at us forever.

There is a beautiful scene where a man draws a horse so that it can run for him along Havana’s Malecon.

These are the scenes outside of the action we see on TV screens and sports articles in newspapers.

My God, people drink so much water after a marathon… How many people are drinking water in these few images? Why on earth did Evelyn Sosa go hang out between the bushes next to the horses’ trough? That’s thirst. 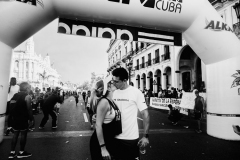 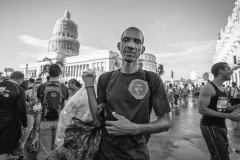 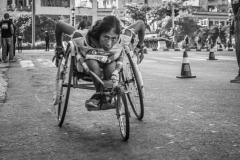 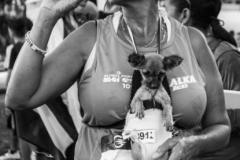 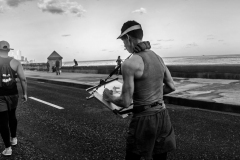 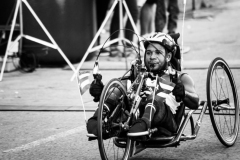 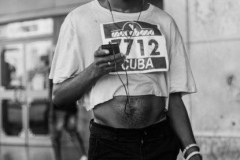 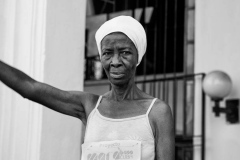 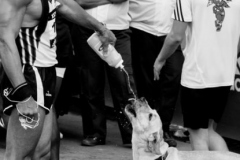 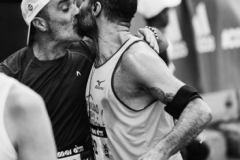 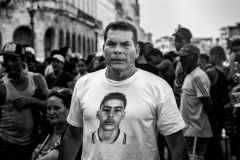 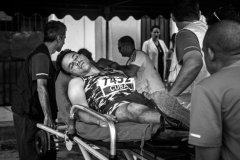 The Sky in Alamar, Havana, with the smoke from Matanzas – Photo of the Day

Daniel Zovatto: “Ortega Provokes a Hardening of US Policy”